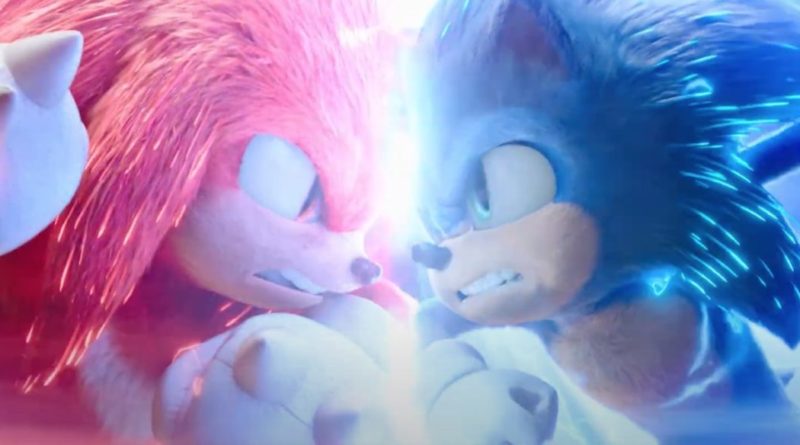 Paramount Pictures has released the final trailer for the upcoming Sonic the Hedgehog 2, featuring Tails, Knuckles and the return of Dr. Eggman.

As reported yesterday, a new (and final) trailer for the upcoming Sonic the Hedgehog 2 movies has now been released. The sequel gives us a much better idea of the overall story for the sequel, with Sonic joining forces with Tails to battle a powered-up Dr. Eggman and his tough sidekick, Knuckles.

As with the first film, the latest trailer looks like it will do a great of job of balancing humour and action for younger viewers, whilst giving hardcore SEGA fans plenty of nods to the original source material. Speaking of which we get plenty of glimpses of Dr. Eggman’s Eggmobile and giant Death Egg Robot, what appears to be the glowing green Master Emerald and Sonic snowboarding in style.

We also get more footage of echidna warrior, Knuckles, voiced by Idris Elba, with the character set to star in his own spin-off TV series on Paramount+ in 2023. At one point in the trailer, Sonic even refers to his red counterpart as ‘the Winter Soldier,’ a tongue-in-cheek reference to the Marvel Comics character of Bucky Barnes.

Only one LEGO Ideas set based on the spikey blue hero has been released to date in the shape of 21331 Sonic the Hedgehog – Green Hill Zone. However, seeing Dr. Eggman’s Death Egg Robot reminds us once again just how great designer Viv Grannell’s original Sonic Mania pitch was and how more LEGO Sonic the Hedgehog sets would certainly be a welcome addition to our collections.

Sonic the Hedgehog 2 is set to spin dash its way into cinemas from April 1, 2022.