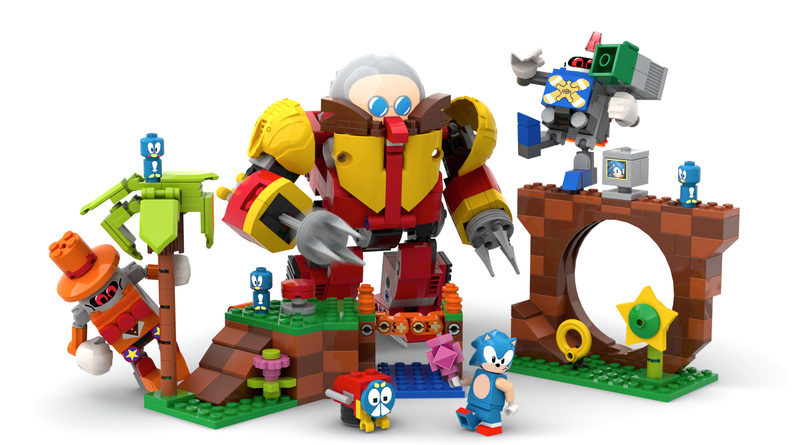 Sonic Mania, one of the many fan concepts that reached 10,000 votes on the LEGO Ideas platform this year, is still being considered for official release.

Only one product idea from the first half 2020 review period has been an announced for official release as a LEGO Ideas set – The Earth Globe. But during the announcement video, it was revealed that Sonic Mania is still under consideration.

Given that the LEGO Group has teamed up with Nintendo on the Super Mario theme, there is the possibility of the companies collaborating again on this Sonic the Hedgehog set.

“Our review board really fell in love with this nostalgic video game, a well loved character all around the world,” says LEGO Ideas Engagement Manager Hasan Jensen.

“Of all of the titles I’ve enjoyed from his series, none has been more positively received by the wider gaming community than Sonic Mania. Developed with the help of committed fans-turned-professionals, it brought the original 2D momentum-based gameplay – having only appeared in a handful of new titles since the days of the Gameboy Advance – back into the limelight,” said the fan builder Viv Grannell about her love of the video game.