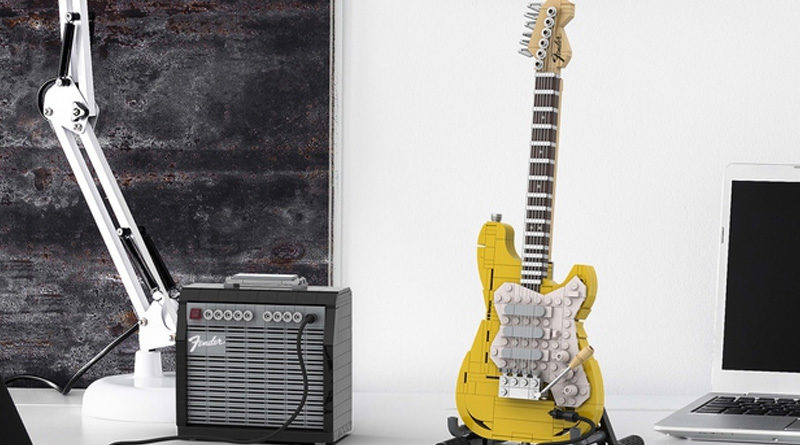 From the LEGO Ideas ‘music to our ears’ contest, the Legendary Stratocaster has been selected for release as an official set.

Along with the Earth Globe from the first 2020 LEGO Ideas review period, the Legendary Stratocaster from the ‘music to our ears’ contest has been selected for release as an official product. The fan design will be adapted by a LEGO designer and released as a set.

“Everyone has seen the Fender Stratocaster guitar, it’s super famous and we think it’s going to be exciting to bring this to life using LEGO bricks,” says LEGO Ideas Design Manager Sam Johnson. “Music is a relatively new place for LEGO to play in so we’re really excited to see how we can execute this.”

Music was previously noted as a passion space for some of the new adult orientated products that the LEGO Group is working on.

TOMOELL is the LEGO Ideas user behind the submission, which shows a bariety of Fender Stratocaster guitars in a variety of colours. The official set will likely be released in 2021.