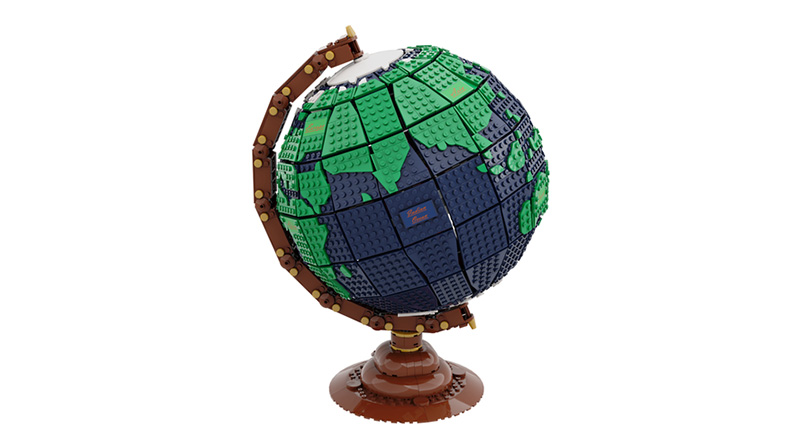 LEGO Ideas has announced that The Earth Globe has been selected for release as an official set.

The LEGO Ideas team has been reviewing 26 submissions that reached 10,000 fan votes in the first 2020 review period. The Earth Globe has been selected for release as an official set, likely to launch in 2021.

“We’re super excited when we have the opportunity to bring something never before seen into the LEGO portfolio of products,” says LEGO Ideas Design Manager Sam Johnson. “We’ve never even attempted anything like this before, so we’re really excited to try out some crazy new building techniques, really show off what LEGO can do.”

Guillaume Roussel was the fan desigenr who came up with the globe, as well as a Cherry Tree Lane model inspired by Mary Poppins. He actually had both builds reach 10,000 votes in the same review period!

“The question was ‘what type of project will be creative, educational and touch the biggest part of the world?’ And the answer was just ‘the world itself’,” he explained to the LEGO Ideas team in an interview about his model.