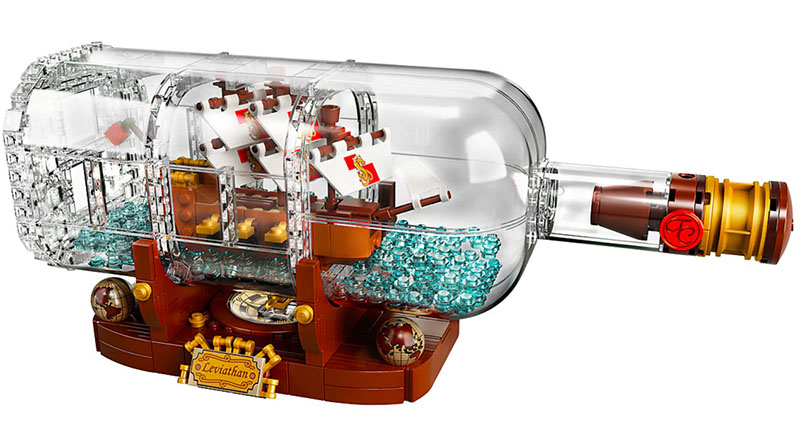 Shortly after the news that two LEGO Ideas would be reissued was rumoured, the LEGO Group has confirmed the news.

According to a rumour revealed today, LEGO Ideas 21313 Ship in a Bottle and 21309 NASA Apollo Saturn V are about to be reissued shortly after being retired. Now, the LEGO Group has confirmed the news with a statement to LEGO Ambassadors:

The two sets are being re-launched due to popular demand, and as they had already left the market, we could not keep the original numbers. The agreements with the Fan Designers remain unchanged.

Also: one of the new set numbers matches a fan designer’s birthday. They were both very involved in the process.

These LEGO Ideas sets will return to the line-up with new set numbers – 92176 NASA Apollo Saturn V and 92177 Ship in a Bottle.

It’s an unusual move given that LEGO Ideas sets often have shorter lifespans than regular retail sets. That said, the lifespan of LEGO sets has become more unpredictable in the past few years.

These sets are being discussed as reissues, but in such instances small changes are sometimes made – usually as a result of certain elements being retired or replaced. That means that they may not be 100% identical to the original editions.

According to the original rumour, the sets will be back on November 1 – presumably available at LEGO.com and LEGO Stores.