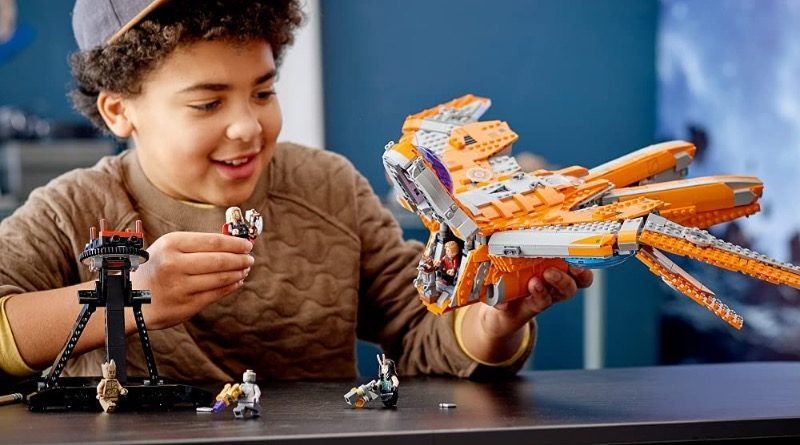 A German retailer has published an early review of 76193 The Guardian’s Ship, the largest set in the upcoming LEGO Marvel The Infinity Saga wave.

They may be a somewhat chaotic band of mercenaries and warriors responsible for saving the galaxy, but at least they’ve got a gorgeous spacecraft. This newer vessel for the Guardians of the Galaxy is fully realised in LEGO Marvel 76193 The Guardians’ Ship.

JB Spielwaren, an online retailer, has received the set and reviewed it early on YouTube, thus giving us our best look yet at the incoming LEGO Marvel model with 1,901 pieces and six minifigures.

The video demonstrates the features of the display stand, which can rotate to show off all angles of the intergalactic vehicle. Unlike the version seen when combining 76107 Thanos: Ultimate Battle and 76102 Thor’s Weapon Quest, this complete interpretation lacks the detaching pod but make up for it in the amount of detail seen in angles of the model.

The interior seems to be spacious with gadgetry lining the walls yet leaving enough room for every member of the crew, and a stowaway Chitauri too. The bright blue engines underneath the wings seem larger than they were depicted before but lack much detail. The characters are the last to be shown off and we get a good look at the new Groot, Rocket and Star-Lord minifigures, all of which are exclusive to the set.