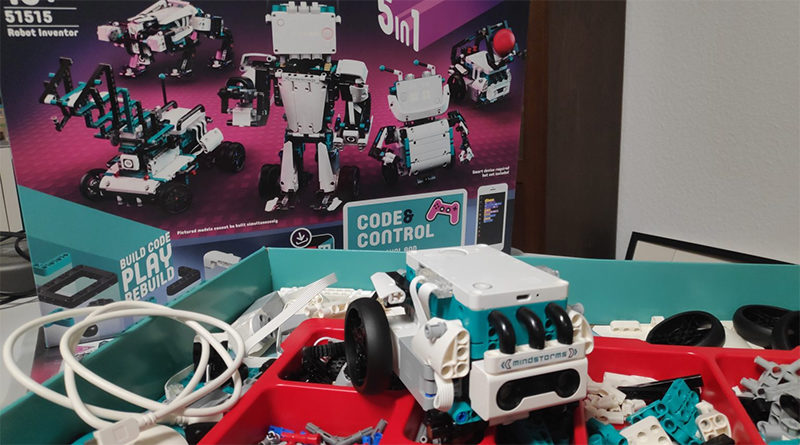 The new generation of LEGO MINDSTORMS is about to arrive with 51515 Robot Inventor and now fans can get a look at the set coming together.

Fans can not only get a look at the upcoming LEGO MINDSTORMS 51515 Robot Inventor set, but also see it built in this video from Robots-Blog. The new generation MINDSTORMS set builds five different robots, and this footage shows the hero model coming together.

At £329.99, the new LEGO MINDSTORMS doesn’t come cheap – but three fans will win the set in this Brick Fanatics competition. Just come up with what the dream LEGO MINDSTORMS robot would do to be in with a chance of getting one of the new sets.

This next video shows Tricky, one of the four alternate robots, being built.

Instructions are provided through a bespoke app that fans can download. The set includes a series of coding challenges, which will require users to apply the skills they’ve learned through the building process. BOOST-like drag-and-drop coding teaches the basics, with Python included for advanced programmers.

The LEGO Group is sounding out consumers on the concept of a new LEGO MINDSTORMS set, 515153 Porsche.