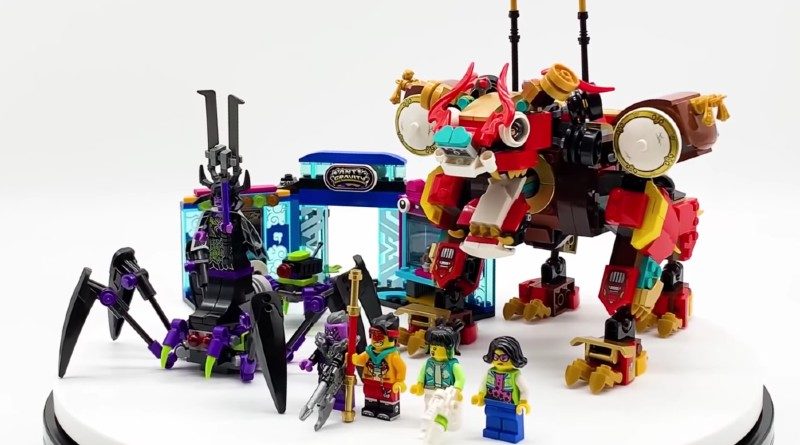 Another of the LEGO Monkie Kid spring sets has made its way into the hands of a LEGO YouTuber, giving us a fresh look at 80021 Monkie Kid’s Lion Guardian and the included arcade machines.

Ahead of an official release, a LEGO YouTuber has been sent the full spring range of LEGO Monkie Kid, now moving on to reviewing 80021 Monkie Kid’s Lion Guardian. This means that we can now get a much better look at the included arcade side build and its new gaming machines.

Bricks by Mind has reviewed the set over on his YouTube channel. The set includes three builds and five minifigures, all in 774 pieces.

The namesake of the set is the giant lion guardian, with combines pearl and chrome gold elements into a striking colour scheme not dissimilar to that of the Monkey King’s staff. The review reveals a play feature for this model as the lion opens and closes its gaping maw. Bricks by Mind also takes a moment to show off the new prints for the eyes with red and gold colouring. We’re sure these pieces will find plenty of use in MOCs.

Of course, the lion guardian is not the only element of this set, and thankfully the YouTuber gives us a much better look at the included arcade. While this smaller build may not exactly fit in a modular display, its included machines might find some use among builders, with a dancing and claw game that might fit well in any arcade display.