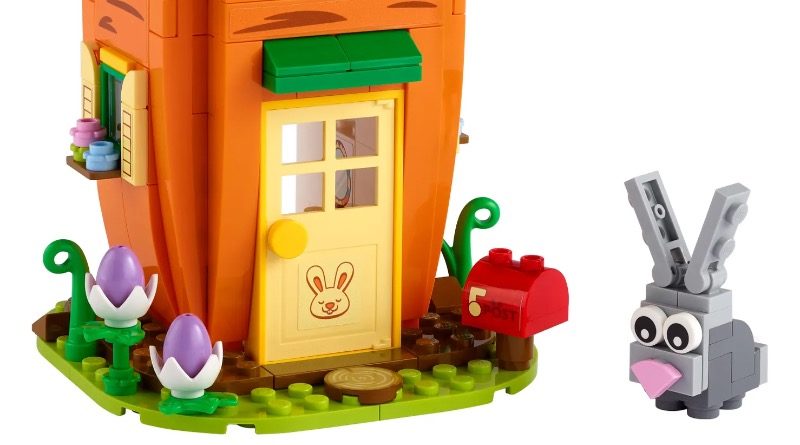 The LEGO Group has published official images of one of two seasonal promos coming in March, giving us a better look at 40449 Easter Bunny’s Carrot House.

You’ll be able to grab the 232-piece freebie with a £60 / $60 / €60 spend at LEGO.com from March 15 until April 5, or while stocks last. We’ve previously only seen a small image of the model from a US LEGO Store calendar, but the LEGO Group has now uploaded the set to its official online store.

The substantial model builds into a carrot-shaped house (as you can probably guess from the name), and comes complete with an adorable rendition of the Easter bunny. It’s very much on point for its release window, which will run until the end of the Easter weekend – provided it doesn’t run out before then.

This isn’t the only seasonal promo arriving later this month. 30579 Easter Chick Egg will be free with an in-store spend of £40 / $40 / €40, which doesn’t do us much good in the UK, where LEGO Stores are closed until at least April 12 under national lockdown rules. Still, US fans will be able to fill their boots from March 15.