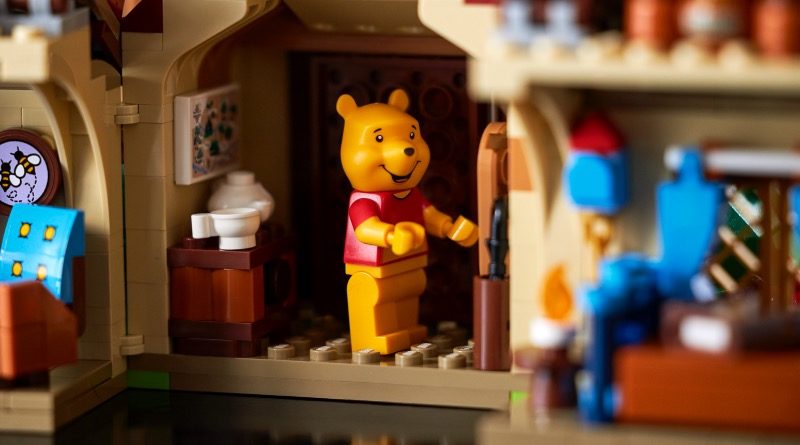 That makes it only the second LEGO Ideas set to introduce new elements, following in the footsteps of 21324 123 Sesame Street. But given the nature of A.A. Milne’s characters, regular minifigure heads probably wouldn’t have worked as well – nor would a brick-built Eeyore.

As well as Winnie the Pooh himself – obviously – 21326 Winnie the Pooh includes minifigures of Piglet, Tigger and Rabbit, along with a specially-moulded Eeyore figure, which may or may not constitute an actual minifigure (choose your own classifications, we guess).

Each character also comes with their own accessories: Pooh has his red balloon (which curiously doesn’t use the moulded balloon element from Collectible Minifigures Series 18), Tigger has his bindle, Piglet has his red scarf, Rabbit has carrots for snacking and Eeyore has a removable ribbon for his tail.

21326 Winnie the Pooh will be available for VIP members from March 18, and then to everyone else on March 1. You can find out all the details – including the set’s price tag – by clicking here. For a closer look at the full set, check out our extensive image gallery, then wait for our review to land online tomorrow afternoon.