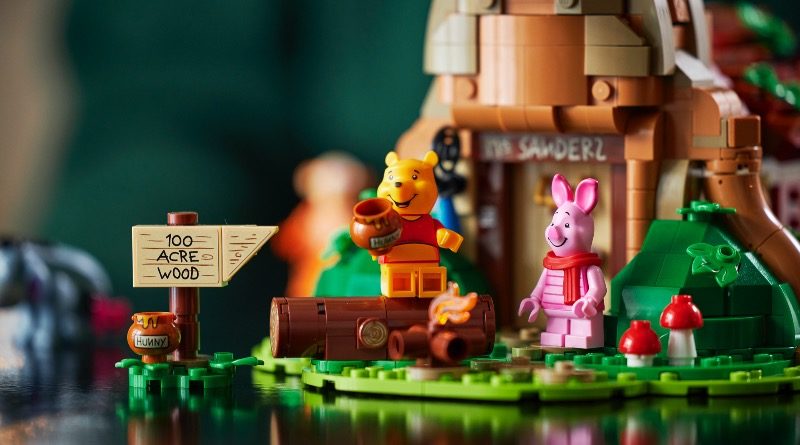 If you go down to the Hundred Acre Wood today, you’re in for a big surprise: a full image gallery for the latest LEGO Ideas set, 21326 Winnie the Pooh.

Of course, by ‘going down to the Hundred Acre Wood’ we actually mean ‘scrolling down this story’, where you’ll find dozens of images of the 1,265-piece model, including the LEGO Group’s usual batch of in-situ shots.

21326 Winnie the Pooh is the 34th set to come out of the Ideas theme, and is based on a concept by fan designer Ben Alder. You can find out more about the model by clicking here, but for now, browse through the images below to take a closer look at this beautiful ode to A.A. Milne’s world and characters.

Speaking of characters, 21326 Winnie the Pooh includes five, distilling the essence of each of these familiar faces down into LEGO minifigures – or, in Eeyore’s case, a specially-moulded figure. Click here for a closer look at Pooh, Piglet, Tigger, Eeyore and Rabbit.

21326 Winnie the Pooh will launch on March 18 for VIP members, while non-VIPs will be able to pick it up from April 1. Both of those dates are unfortunately too late to qualify for 40450 Amelia Earhart Tribute, which will be live from March 6 through 14 (or while stocks last, so presumably for around 30 minutes), but you’ll at least be able to snag the Easter promos.