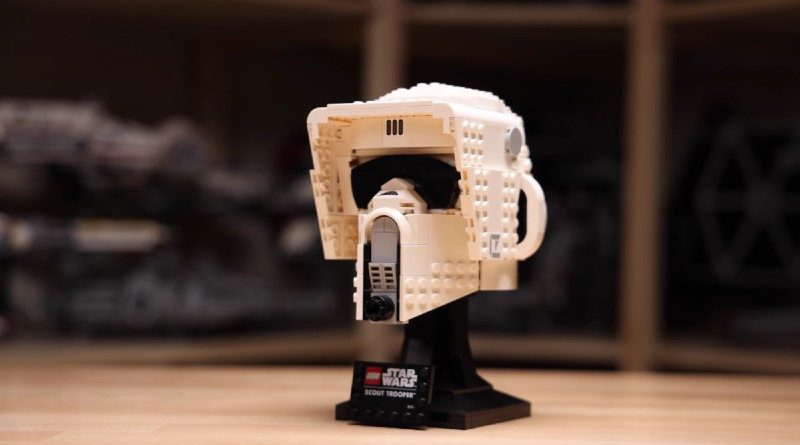 You can now scout the upcoming 75305 Scout Trooper Helmet, one of the newest LEGO Star Wars sets that’s releasing soon, thanks to an early review.

Solid Brix Studios has managed to get his hands on the upcoming addition to the LEGO Star Wars Helmet Collection, after already giving us our first look at 75304 Darth Vader Helmet and 75306 Probe Droid.

So far the LEGO Star Wars helmets have mostly focused on the Empire, and the model for the Scout Trooper is no different, but it is notably the cheapest of all the LEGO helmet builds so far.

The LEGO YouTuber notes that, though the other LEGO Star Wars headgear sets can be complex and boring to build, this was one felt more fun to construct comparatively, but recognises that other than the plaque on the stand, every other design is a sticker, and not printed.

“If you haven’t purchased any of the other of the Helmet Collection sets, I think this is a great starting point because the build and accuracy of this helmet is probably one of the best amongst the entire five collection helmet series.” said Solid Brix Studios, sharing his thoughts on the model.

It seems that April 26 will be seeing the launch of another promising addition to the LEGO Star Wars sets, and a great gateway into the current wave of the Helmet collection. You can expect 75305 Scout Trooper Helmet to retail for £44.99 / $49.99 / €49.99.