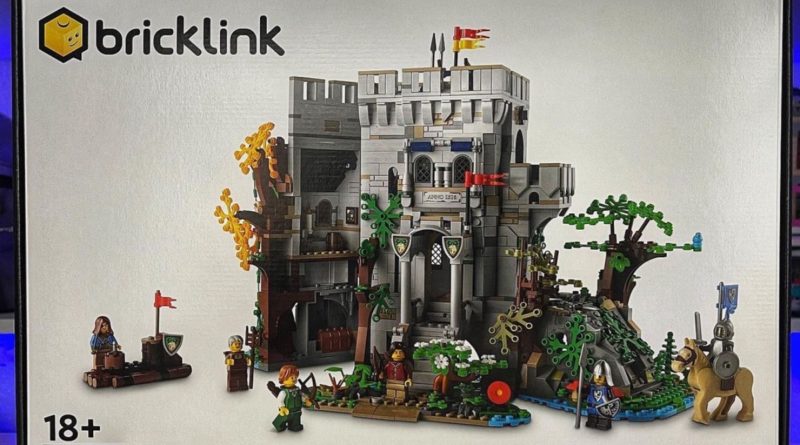 The first round of sets from the BrickLink Designer Program are now beginning to arrive with fans, giving us a better look at the latest official LEGO castle.

Daniel Van Zonneveld’s 910001 The Castle in the Forest may have faltered at the review stage on LEGO Ideas, but it still managed to sell twice its maximum 5,000 copies in the first round of crowdfunding for the BrickLink Designer Program (by dint of an error on the LEGO Group’s part).

It’s more proof – if any were needed – that there’s a serious appetite out there for LEGO Castle, but the only regular retail products filling that hole at the moment are 31120 Medieval Castle and 21325 Medieval Blacksmith. Both fine sets, for sure, but 910001 The Castle in the Forest takes things to a new level of detail.

If you want to get your hands on it now, though, you’re basically out of luck – unless you’re happy to resort to the aftermarket, where you’ll already find it listed at four or five times its original price. The set was only available for a very brief window when the first round of crowdfunding opened in July, selling out almost instantly.

The first finished sets are now arriving in the hands of those lucky enough to place an order at the time, such as Instagram user maxbautde. They’ve snapped the first in-hand images of the front and back of the box, which displays the medieval model against a plain white background, contrasting the LEGO Group’s all-black 18+ packaging.

And while there’s no official LEGO logo visible on those sides of the box, we already know that it does indeed feature on the top of the packaging, marking this – and all the other BrickLink Designer Program sets – as an official LEGO product. And rightly so, given this iteration of the Designer Program (unlike the 2018 AFOL version) has been spearheaded by the LEGO Group, which acquired BrickLink in 2019.

If you pre-ordered during the initial first round of crowdfunding in July (and not the reopened round in August), look out for your sets to arrive any day now. The second round of crowdfunding for the BrickLink Designer Program closed earlier this week, with those sets expected to ship in the third quarter of 2022.

The third round of crowdfunding will begin at some point next year, although an exact date has yet to be confirmed.