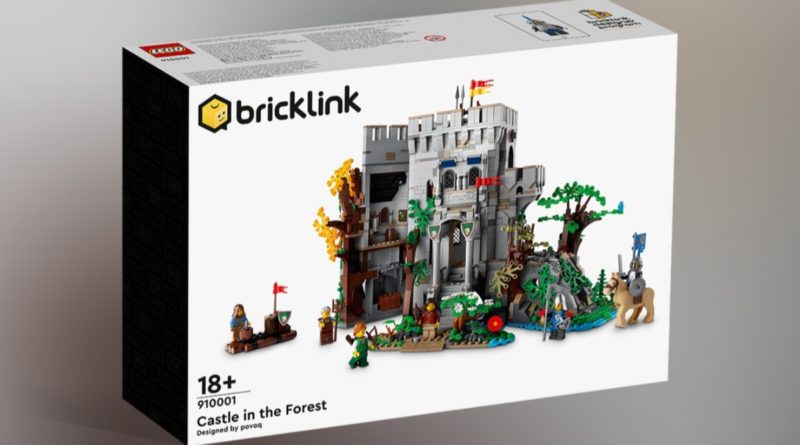 We’ve finally got a first look at the finished LEGO sets from the first round of the BrickLink Designer Program – as well as their packaging.

The LEGO Building Instructions app has revealed a first glimpse at the five rejected LEGO Ideas sets that were successfully crowdfunded in the BrickLink Designer Program’s first round over the summer, including 910001 The Castle in the Forest, 910010 The Great Fishing Boat, 910016 Sheriff’s Safe, 910017 Kakapo and 910028 Pursuit of Flight.

The all-white boxes are reminiscent of those in 2018’s AFOL Designer Program, a precursor to the new BrickLink Designer Program. But with the LEGO Group’s official involvement in this latest initiative – the company acquired BrickLink in 2019 – these boxes are branded with an official LEGO age rating (18+) and also use the LEGO logo, albeit not on the front of the packaging.

We’ve also got product images for each of the five sets, offering our first look at their finalised designs. If you backed one or more of these projects, this is what you’ll be receiving when they ship in January 2022.

The second round of crowdfunding for the BrickLink Designer Program is currently underway, with four of the five successful projects still available to purchase. Head over to BrickLink to check those out and place your order – you’ve only got until December 14 to do so.

Venetian Houses is currently closest to hitting the 10,000-set cap – introduced after the LEGO Group accidentally sold 10,000 copies of 910001 The Castle in the Forest in the first round, double its originally-intended limit – while the others are gradually getting there.