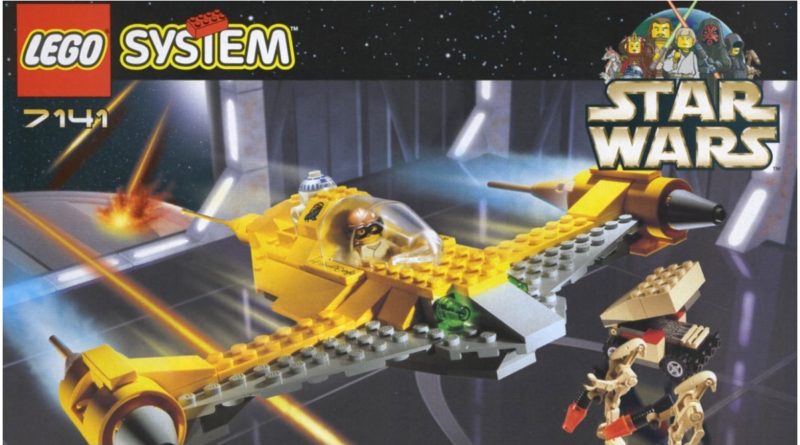 Following the announcement of an official LEGO N-1 Starfighter, we’ve decided to compare it to past versions from the LEGO Star Wars range.

After much speculation, we’re pleased to report that Din Djarin’s N-1 Starfighter (which recently appeared in The Book of Boba Fett) will be receiving a LEGO version very soon, known as 75325 The Mandalorian’s N-1 Starfighter. Following the untimely death of the Razor Crest, the N-1 Starfighter is refurbished by Djarin and the mechanic Peli Motto towards the show’s end. With a third season of The Mandalorian (presumably) on the way, it’s likely we’ll see a lot more of the ship over the next few years.

The N-1 Starfighter is better known as the Naboo Starfighter, at least amongst LEGO fans. Within the Star Wars universe, the ship originates on the planet of Naboo – centre of conflict during The Phantom Menace. Anakin Skywalker famously flies such a ship in the film’s climax, helping to defeat the droid armies of the Trade Federation along the way.

We’ve identified some of the biggest changes between this fighter and the original Naboo versions, starting with:

This one is the most obvious, but it bears repeating: the Mandalorian favours a silver and grey colour scheme, with occasional highlights of colour. This is a stark difference from the original Naboo fighters, which featured a distinctive yellow livery during the prequel era. Indeed, this reflected a more colourful time in the Star Wars universe, with other vehicles like the Flash Speeder and Jedi Interceptor boasting lurid colour schemes.

That said, the N-1 Starfighter may be a slight disappointment to LEGO fans. The version in the show is notably shiny, inspiring hopes of drum-lacquered silver pieces amongst the set’s parts selection. Those hopes were misplaced, although this decision should – in turn – help keep the price to a more reasonable level.

That can be seen most clearly around the engines, which use various elements (like megaphones, telescopes and zipline handles) to add some mechanical texture. The ‘tail’ of the ship also conveys this, featuring exposed struts over the smooth cylinders of the original.

It’s difficult to say for certain at this early stage, but the LEGO N-1 Starfighter may be a little bigger than previous versions. It’s certainly an improvement over the Microfighters iteration, but beyond that we’re a touch fuzzy on the specifics right now.

While the wingspans seem roughly the same, the N-1 Starfighter may be longer thanks to the tail detailing. When we get our hands on one, we’ll be able to record its size properly.

All ships need some kind of controls, and the LEGO N-1 Starfighter delivers. Official product images show that it uses an attractive tile (stickered, not printed, unfortunately) to represent the controls and readouts of the ship. The set also appears to use an orange ingot piece to represent upholstery – another vital ingredient in this part of the vessel.

This approach is in line with prior versions of the fighter, which used stickered tiles in this part of the craft. Still, this round version is presumably more accurate – and more attractive as a result.

Many Star Wars fighter craft (including the Naboo Starfighter) use onboard astromechs for mid-flight repairs, amongst other uses. Peli Motto retrofits Mando’s ship to accommodate Grogu instead, wisely intuiting that he’ll prioritise that over a droid.

The resulting socket is differently-shaped to prior versions, offering a more rounded form and a bubble dome to keep the air in. The new socket should be able to accommodate a standard astromech, albeit with a bit of modification; you’ll probably need to detach the legs, at least, to fit it in.

The N-1 Starfighter uses other parts of the ship creatively. A storage section ahead of the cockpit has been added, allowing Mando’s jetpack to be stored during travel. However, this implies he can’t wear the jetpack while driving – an unfortunate compromise if that’s the case.

The N-1 Starfighter should be available for purchase within the next few months. We’ll let you know when we get an official release date, price and piece count.