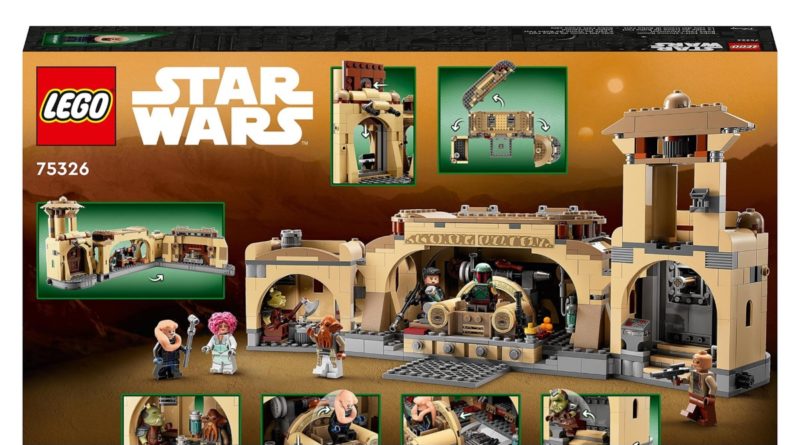 Following the reveal of 75326 Boba Fett’s Throne Room, we’re hoping to get some answers about possible extensions to it in the LEGO Star Wars range.

A little while ago, we reported on the reveal of 75326 Boba Fett’s Throne Room via Amazon Germany. The set recreates the closing scene of The Mandalorian’s second season, which sees Boba Fett and Fennec Shand oust Bib Fortuna as local crime boss. The scene has obvious relevance to TV show The Book of Boba Fett, which sees Boba and Fennec attempt to establish some control over Tatooine’s people.

Early pictures of the LEGO version suggests it captures all the crucial elements of the scene: the entryway, a dining area, and of course the throne itself. However, some design features suggests a companion set could expand it in the future.

There is some precedent for this idea. 9516 Jabba’s Palace (which we recently revisited) featured a similar design to this new set, albeit with a greater focus on Original Trilogy characters. It could also be expanded with 75005 Rancor Pit, a contemporary release with a similar footprint. Since (spoilers ahead) a new Rancor appears in The Book of Boba Fett, it seems likely that this part of the palace will see some kind of expansion going forward.

With the set due to release soon, we can at least enjoy the set on its own merits – and if all else fails, we can build our own extension to the palace as we see fit.