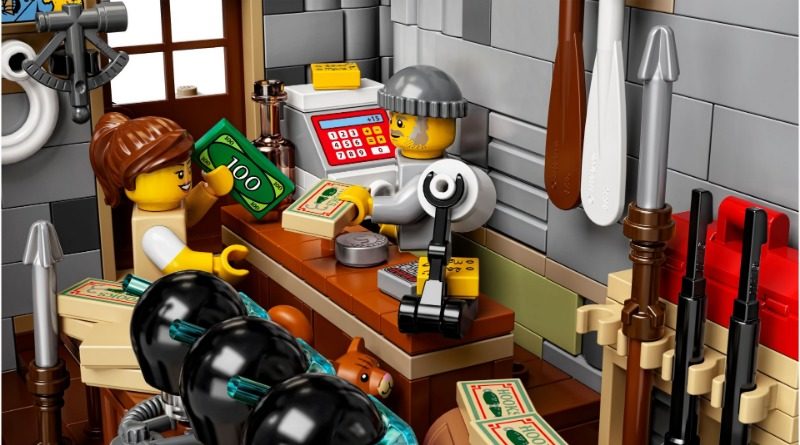 Two LEGO Ideas sets are about to be reissued, so here are five more we’d love to see return to shelves.

That means the doors are effectively open for more of the same from the Ideas team. And given the limited production runs of earlier Ideas sets, that’s an incredibly tantalising possibility.

Of course, it may be that some of the parts used for these sets are no longer in production. But we’d still take a minor redesign, accommodating for the modern element library, over nothing at all. Without further ado, then, here are five LEGO Ideas sets we’d love to see reissued.

Jason Allemann’s feat of LEGO engineering might not have set the brick world on fire when it arrived in 2016. But 21305 Maze didn’t really get much opportunity to do so, because it disappeared after just seven short months. As one of the Ideas theme’s most underrated sets, this mechanical marvel definitely deserves more attention from the LEGO community.

Of all the licensed Ideas sets that have gone on to the great brick beyond, Wall-E feels like the most cohesive, complete and substantial build. It’s a near-perfect recreation of the iconic Pixar character that’s packed with charm, mirroring the animation studio’s achievement in making a mute robot relatable. And if a reissued version retained the original’s price point, it would be a bargain to boot.

Tom Poulsom’s beautiful display model is arguably a precursor to this year’s focus on adult-oriented sets. You can’t really play with these feathery friends, but they do look incredible on a shelf. And it’s now been almost five years since 21301 Birds left LEGO.com, so we reckon there’s a fresh batch of fans just waiting for the chance to pick it up.

Back when Ideas was still known as CUUSOO, the LEGO Group selected Stephen Pakbaz’s Curiosity Rover as the platform’s fifth official release. But in a time before the company truly understood the popularity of these fan-driven sets, it was incredibly difficult to get hold of. And it’s no easier on the aftermarket, with the £25 set skyrocketing to values of more than £250 on BrickLink. There’s clearly plenty of demand for it, and the LEGO Group loves a good real-life space set, so reissuing 21104 seems like a no-brainer.

Arguably one of the greatest LEGO Ideas sets to date, Robert Bontenbal’s 21310 Old Fishing Store is an architectural masterpiece. You only need to look to the countless Ideas projects it’s inspired for the proof. But this much-revered model retired after just 15 months at LEGO.com, meaning many fans missed out. And let’s be honest: nobody should miss out on the experience of building the Old Fishing Store at least once in their life.

To support the work of Brick Fanatics, please buy your LEGO Ideas sets from LEGO.com and Amazon using our affiliate links.