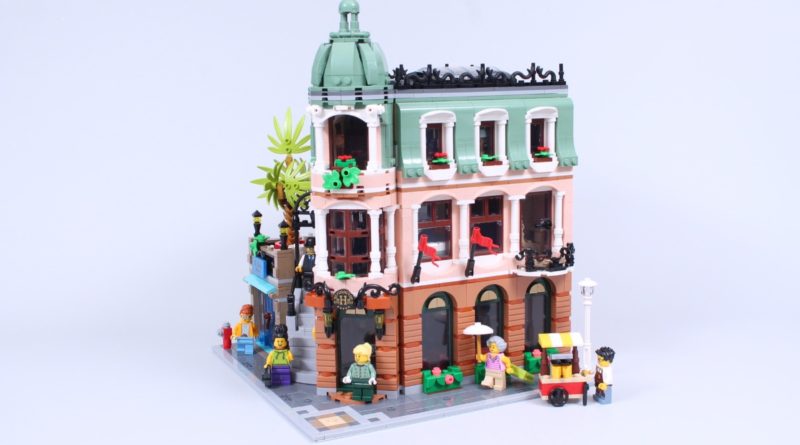 With no modular buildings scheduled to retire in 2022, we’ve found some other sets you can add to your display, with a few modifications.

The LEGO Modular Buildings Collection consists of a range of detailed buildings of various styles that all connect. However, with some modifications, the following five sets can help expand your street.

Though it might not be in stock at the time of writing, LEGO Marvel’s 76178 Daily Bugle isn’t officially considered part of the Modular Buildings Collection, though it was designed to fit with them. Aside from the skyscraper, you’re also getting lots of exclusive characters in this set such as the only minifigure of Daredevil.

As long as you don’t mind adding a magical street to your display, you could always line up 75978 Diagon Alley in one or two sections (depending on your layout) to have a fictional shortcut in your city, complete with a cobbled path.

Aside from the minifigures in 21324 123 Sesame Street, the design of the buildings lends itself well to the look of the LEGO modular buildings, potentially as a smaller corner section. You could always evict the cast of Sesame Street or embrace the colourful characters depending on your preference too.

New for 2022, LEGO Friends has added 41704 Main Street Building as a colourful cutout of Heartlake city, the details of which could be transformed into a small neighbourhood in a larger CITY display complete with a pavement featuring similar lamp posts to the modular buildings

Though it has yet to release at the time of writing, LEGO Harry Potter’s 76408 12 Grimmauld Place depicts the Islington home of the Black family in London, with the feature to hide the headquarters within a row of other buildings. The LEGO set recreates this with a design that looks like it will work well with the LEGO modular buildings after some modifications.