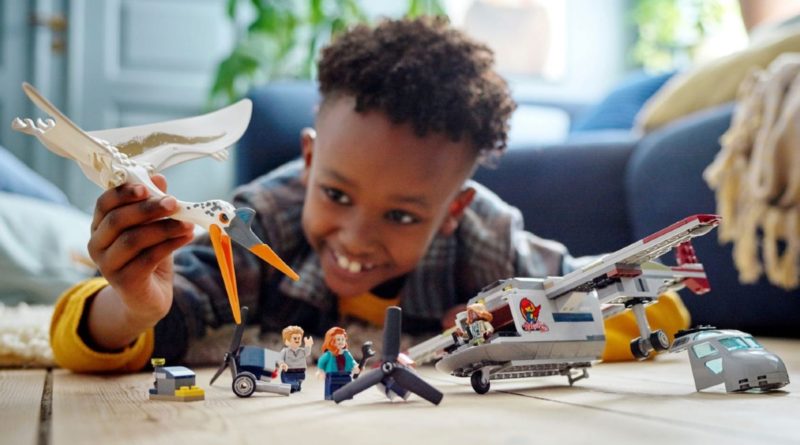 We’re already one-third of the month into April 2022, but there are still so many new LEGO sets to look forward to, including these five.

Whether you’re looking to expand your LEGO Star Wars Republic army in a galaxy far, far away or are ready to collect an island’s worth of new LEGO dinosaur species, April 2022 still has a lot of new LEGO models that have yet to release.

Here are five new sets you can still look forward to in April 2022:

Aside from the main model itself, which depicts a Star Wars vehicle that has been represented in bricks a few times before but with a build that’s bigger than the last version, 75342 Republic Fighter Tanks also includes exclusive Star Wars minifigures like Mace Windu with arm printing for his Clone Wars appearance.

Doctor Strange in the Multiverse of Madness has yet to release, but we’re already getting ready for the arrival of Thor: Love and Thunder with the two LEGO sets based on the film. We know for certain that the bigger of the pair, 76208 The Goat Boat, arrives on the official online store in April with more LEGO (brick-built) goats and another Korg minifigure.

Step aside LEGO Star Wars Diorama Collection, a new Jurassic Park set arrives on April 17 alongside the wave of Jurassic World Dominion models. 76956 T. rex Breakout recreates an iconic scene in cinema with a detailed build intended for display and opting for a brick-built dinosaur over a specialised element.

Lightyear is the next Disney and Pixar film arriving in cinemas in June 2022 and the LEGO Group’s lineup of accompanying sets includes one that might be popular with Classic Space fans thanks to the inclusion of a new yellow windshield element – as intended by the director. You’ll be able to find 76832 XL-15 Spaceship on shelves from April 24.

One of the new species in LEGO Jurassic World for April 2022 is the biggest flying creature in the theme yet – the Quetzalcoatlus. You’ll find the pterosaur in 76947 Quetzalcoatlus Plane Ambush with a plane featuring room to fit another model as well as three minifigures. The Quetzalcoatlus only appears in this set at the time of writing to boot.