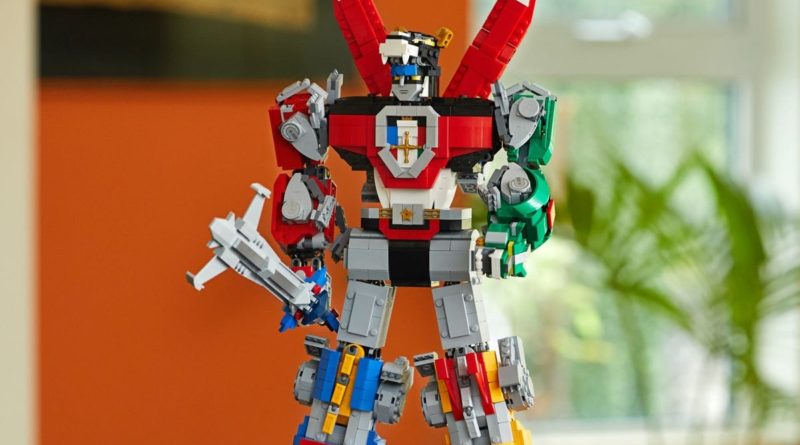 The LEGO Group has released several massive mechs in NINJAGO and beyond, with the biggest by far coming from LEGO Ideas.

While NINJAGO’s upcoming Core wave is proving that huge mech models are a key aspect of the theme, two of the biggest robotic suits of armour ever made by the LEGO Group comes from outside LEGO NINJAGO.

From licensed creations to original concepts and even those based on cultural myths and legends, these are five of the largest LEGO mechs ever conceived by LEGO designers, in order of included elements.

With 1,104 pieces, the upcoming LEGO NINJAGO 71765 Ninja Ultra Combo Mech is the second biggest set in the first 2022 wave and features four separate vehicles that can combine into one huge mech. The four main ninjas are included with a model for each including a tank, jet and a smaller mech.

The next mech in the list is also from NINJAGO, but not from the evergreen theme. Instead, 70632 Quake Mech was featured as part of the range for The LEGO NINJAGO Movie as an interesting build balance on a single wheel rather than a pair of metallic legs. You can read our review to find out more about the model.

Moving to the Marvel Cinematic Universe for the next suit of armour, Tony Stark’s iconic Hulkbuster received a huge build in 2018 with miniature accessories for robot arms and a fire extinguisher and a large stand with informative plaque. While it is no longer available, it is rumoured to be getting a follow-up in 2022.

At 1,629 pieces, LEGO Monkie Kid takes the second spot on the list with 80012 Monkey King Warrior Mech. With drum-lacquered elements and detailed banners hanging off the back of the build, admittedly the part count also goes towards a street corner and a small enemy mech too.

Voltron – the defender of the universe – is the biggest mech ever produced by the LEGO Group. The LEGO Ideas set shares many features with 71765 Ninja Ultra Combo Mech in that is a colourful build with shades of blue, red and grey and that it can split up into multiple vehicles. LEGO Ideas 21311 Voltron weighs in at a massive 2,321 bricks, beating any other LEGO mech, even though it is not minifigure-scale.