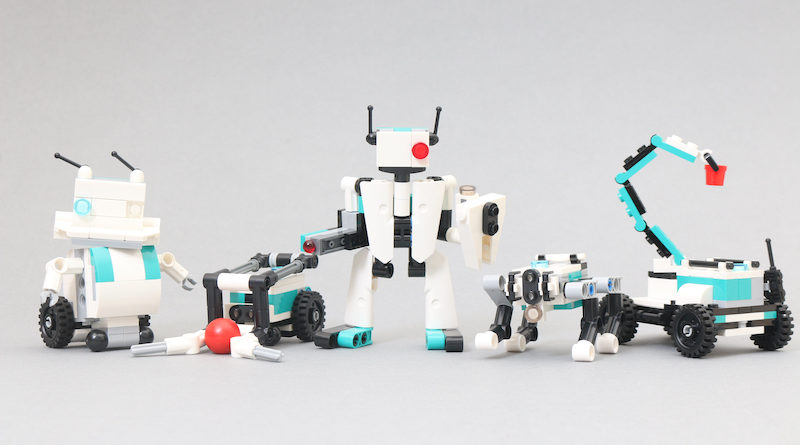 There’s a new promotional gift with purchase item launching today. LEGO 40413 MINDSTORMS Mini Robots is free with orders of $100 or more at LEGO.com. It coincides with the release of LEGO MINDSTORMS 51515 Robot Inventor, the latest generation of the popular coding system.

Fans can win 51515 Robot Inventor in this competition from Brick Fanatics, with three copies of the set provided by the LEGO Group.

The mini set doesn’t actually include any coding or robotics, but instead builds tiny replicas of the larger models that 51515 Robot Inventor builds.

Announced back in June, LEGO MINDSTORMS 51515 Robot Inventor is the latest generation of the coding system. Using new LEGO Powered UP elements, the set takes the theme to a new level technologically. It offers five different designs for fans to build, which can them be programmed via the MINDSTORMS Robot Inventor app.

Another potential new LEGO MINDSTORMS set was revealed recently, with the LEGO Group seeking feedback on 515153 Porsche to gauge demand.