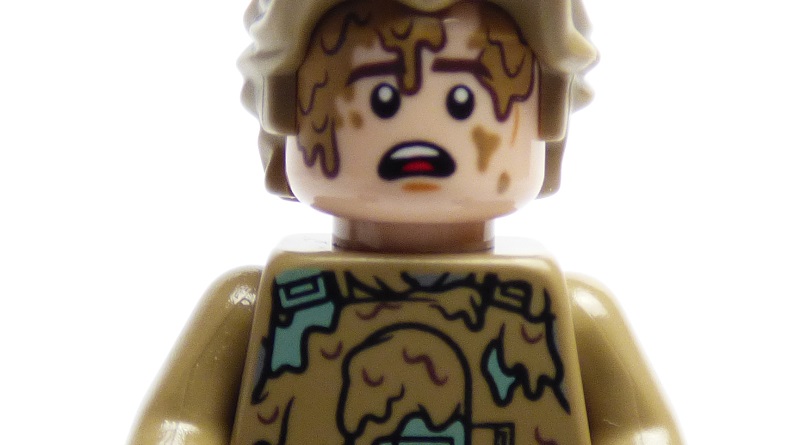 Any spend on LEGO Star Wars products totalling £30 ($35) or more at shop.LEGO.com will get the polybag 40300 Han Solo Mudtrooper for free. It is a chance for fans to own a version of Han Solo based on the scene in Solo: A Star Wars Story when he memorably meets Chewbacca for the first time. The exclusive minifigure comes with a stand and backdrop.

Collectors need to spend £30 ($35) at shop.LEGO.com to get the free polybag, before supplies run out or the promotion ends on October 31. 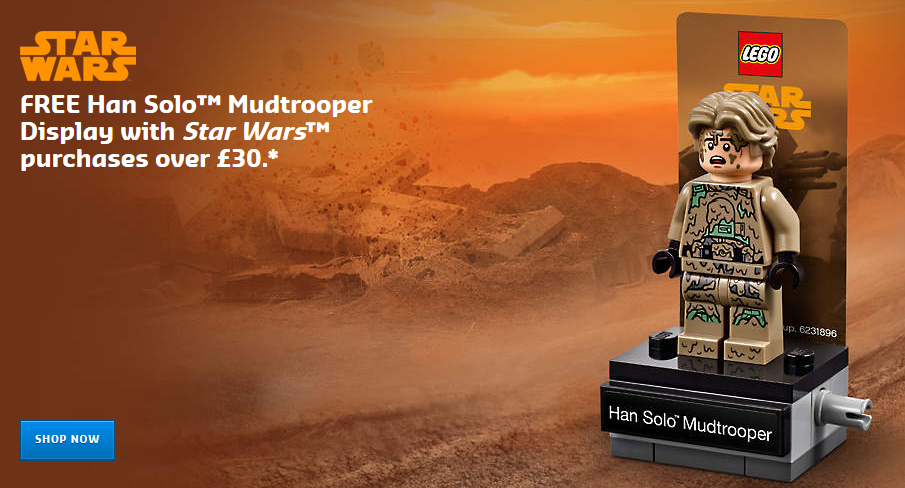 To find out more about the little set, check out Brick Fanatics’ minifigure spotlight.

Additionally, anyone ordering 75218 X-Wing Starfighter or 75208 Yoda’s Hut will get double VIP points – that is 10% back in points instead of the usual 5%. Both sets recreate iconic parts of the classic trilogy.

The promotion coincides with the launch of several new LEGO Star Wars sets, with 75222 Betrayal at Cloud City and 75230 Porg qualifying for the promotion. 41627 Luke Skywalker & Yoda, 41628 Princess Leia Organa and 41629 Boba Fett are all released today too.