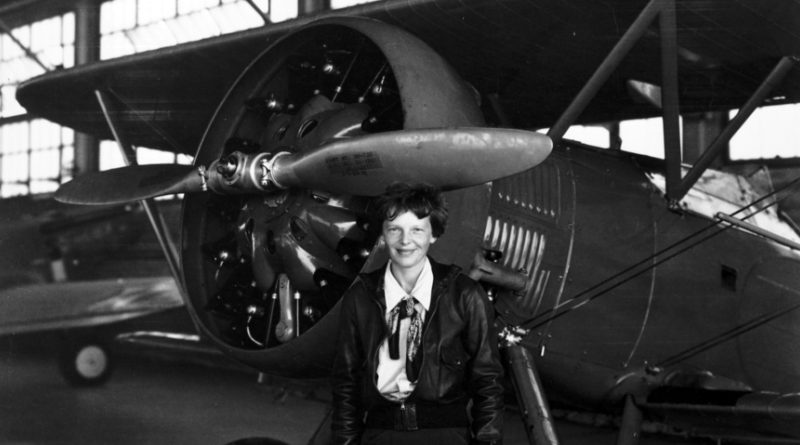 The upcoming 40450 Amelia Earhart Tribute has finally been revealed in the LEGO store calendar for March giving us our first proper look at the promotional set.

Following on from last years 40410 Charles Dickens Tribute, the next in this new collection of testimonial models has been given an official reveal thanks to the March store calendar, giving a far better look at the included build and minifigure of the legendary pilot than was previously available.

40450 Amelia Earhart Tribute follows the pattern of the previous set in the series, including a build that serves as a monument to the historic figure’s achievements. The included build is of the very same plane that she flew across the Atlantic Ocean and on her nonstop journey over the US in 1932.

The Lockheed Vega 5B features a striking red paint job and gold accents, with an aerodynamic design that helps it soar through the air, something that has been captured in the model. Thanks to the National Air and Space Museum for the image of the original plane.

The plane sits on a black display stand that poses the aircraft in a flying position. At the bottom of the stand, a plaque reads ‘Amelia Earhart, Aviation Pioneer’ but it’s not quite clear if it’s a print or a sticker. Though the build isn’t minifigure-scale, a minifigure of Amelia Earhart is included with the set, something that wasn’t the case with 40410 Charles Dickens Tribute.

The minifigure is pictured wearing classic pilot gear with a helmet, goggles and jacket. Also included is a map, and although the image doesn’t quite reveal what is on it, the most likely choice is of her planned route across the Atlantic Ocean.

This promotional set will only be available for a limited time, from March 6 to March 14 with any LEGO purchase totalling $100 or more. It’s not yet confirmed that this offer will be available in other regions but hopefully, it will fly on over to them, especially considering the impending March releases. This set ties in nicely with International Women’s Day on March 8 too, all the more reason to get excited for the upcoming tribute model.