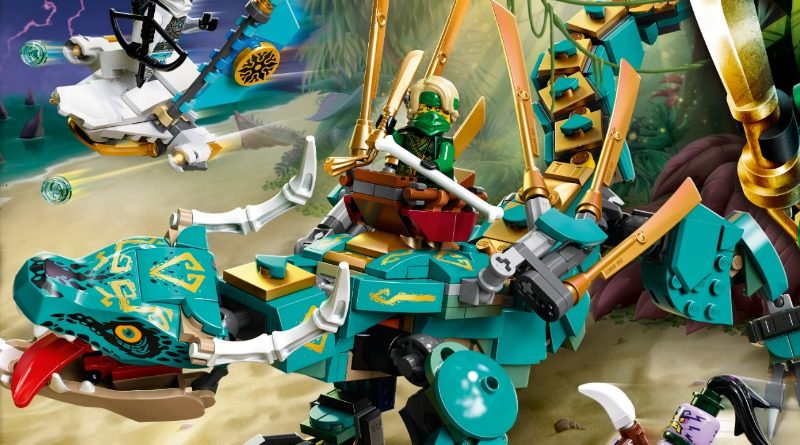 A whole new wave of LEGO sets will land on shelves next month, so we’ve picked out five we just can’t wait to get our hands on.

For 2021, the LEGO Group has split up the usual January onslaught of sets into two separate, smaller waves. The second of those will arrive on March 1, with new releases from Star Wars, Marvel, Technic, Friends, NINJAGO, Monkie Kid, DOTS and plenty more.

Keep an eye on Brick Fanatics for the full list of LEGO sets you’ll be able to pick up from next month. For now, here’s what we’re looking forward to the most from the March 2021 wave, across five different themes.

Just one LEGO Star Wars Microfighter arrived in January, and it wasn’t really anything to write home about (we’ve already seen the Millennium Falcon in Microfighter form twice before, after all). So, we’re very much looking forward to something different from this chibi-build range, and that’s exactly what 75298 AT-AT vs Tauntaun Microfighters brings to the table. This is the first time we’ve seen the Tauntaun at this scale, and it looks just as adorable as the Bantha and Dewback before it.

The Creator 3-in-1 range is often criminally overlooked by LEGO fans, even while it continues to serve up some of the most creative builds the LEGO Group has to offer. (It’s in the name!) 31116 Safari Wildlife Tree House looks set to continue that trend, while also giving us a taste of the savannah in a way that none of us will manage for real for the foreseeable future. Bet you never thought you’d be using LEGO sets to live out your travel fantasies…

The largest LEGO Friends set of 2021 brings our mini-dolls their first shopping mall since 2014, but that’s not the only reason we’re looking forward to 41450 Heartlake City Shopping Mall. Alongside details including an ATM and photo booth, this sprawling, 1,032-piece set includes a working escalator, and – like all good shopping malls – a slide between the top two floors.

How do you keep NINJAGO dragons fresh after a full decade of fire-breathing creatures? Paint them teal, drop them in the jungle and hand design responsibilities over to ex-Brick Fanatics contributor Jme Wheeler. 71746 Jungle Dragon is part of NINJAGO’s Season 14 line-up, which introduces a unique aesthetic to the theme that should conjure up fond memories of the ’90s Islanders sets.

Monkie Kid may be geared first and foremost towards the Chinese market, but it’s not short on sets that have global appeal. Even if the legend of the Monkey King means nothing to you, 80024 The Legendary Flower Fruit Mountain will probably have piqued your interest, just as it has ours. The enormous 1,949-piece playset looks incredible from top to bottom, and is packed with plenty of monkey minifigures to boot.

All five of these sets will launch on March 1, 2021. Check back over the next couple of weeks for our first reviews of the upcoming Marvel, Star Wars, Creator and Technic releases.