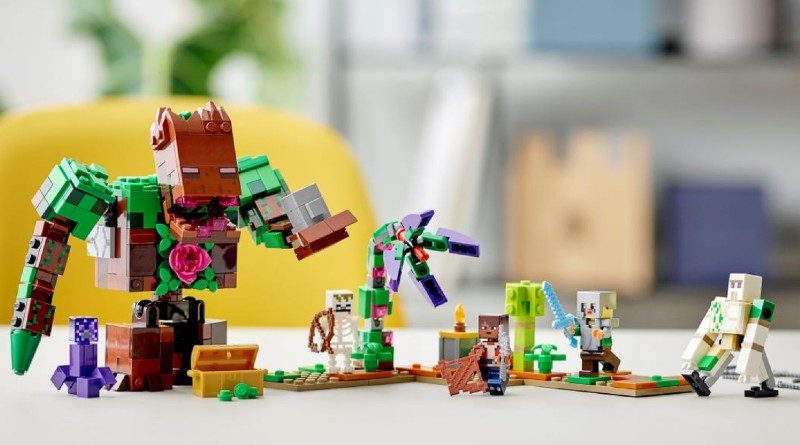 You can now get a full look at every brick included in the summer 2021 LEGO Minecraft sets as the range is listed on the official online store ahead of release.

Following an early reveals thanks to an online retailer, the summer wave of LEGO Minecraft models has been uploaded to LEGO.com for us enthusiasts of the video game to analyse and admire. You can also start adding the range to your wishlist ahead of their release date, which has also been confirmed by the official online store.

From another set based on Minecraft Dungeons to a world in the sky, the world of Minecraft has changed with new updates and the LEGO sets continue to reflect the ever-evolving blocky landscape.

There are also several new pieces for minifigures within the models such as the Trident, Netherite Helmet and the return of the Elytra from 21165 The Bee Farm. More creatures are also ready to inhabit your Minecraft world including those that dwell in the Nether, the sky and the jungles.

Here is every LEGO Minecraft set releasing on June 1 listed on LEGO.com:

You can help support the work that Brick Fanatics does by purchasing your LEGO Minecraft models through one of our affiliate links.