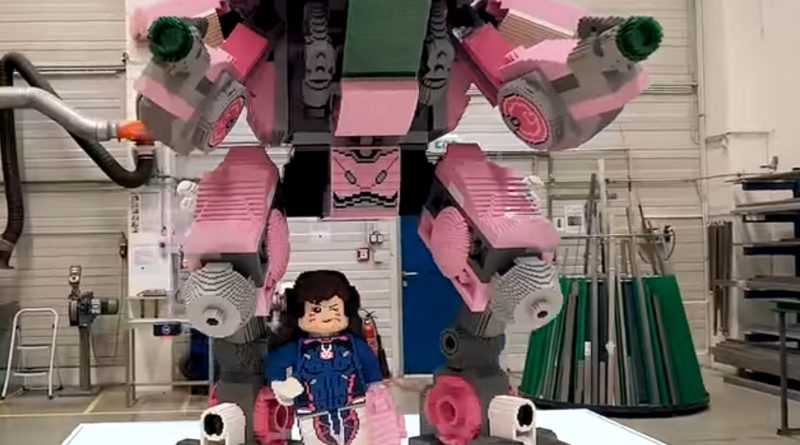 As part of the Overwatch convention, Blizzcon, the LEGO Group has built a giant model of D.Va and Tokki.

The Anaheim Convention Centre is hosting Blizzcon, a convention for fans of the Overwatch video game. As well as selling an exclusive LEGO Overwatch set, 75987 Omnic Bastion, at the show, the LEGO Group has produced an impressive D.Va and Tokki statue. It is based on one of the upcoming set releases, 75973 D.Va & Reinhardt.

In this video, the process of putting the model together is revealed. It uses 145,276 pieces and took 731 hours to build.

The Blizzcon exclusive set was designed by Woon Tze and Raphaël. This LEGO design duo used artwork from the Overwatch Assistant Art Director and Bastion Concept Artist, Arnold Tsang, to inspire the model. To ensure that the collaboration was complete, Tsang flew to Billund, Denmark to help the LEGO team design the packaging and to approve the set.

It is assumed that the new LEGO Overwatch theme, that will continue in January 2019, will be revealed at the event so that fans can get an in-person look at the products. The sets were unveiled last week, with Brick Fanatics providing first impressions on the new range.

In the UK, LEGO Overwatch is expected to be exclusive to just one retailer.