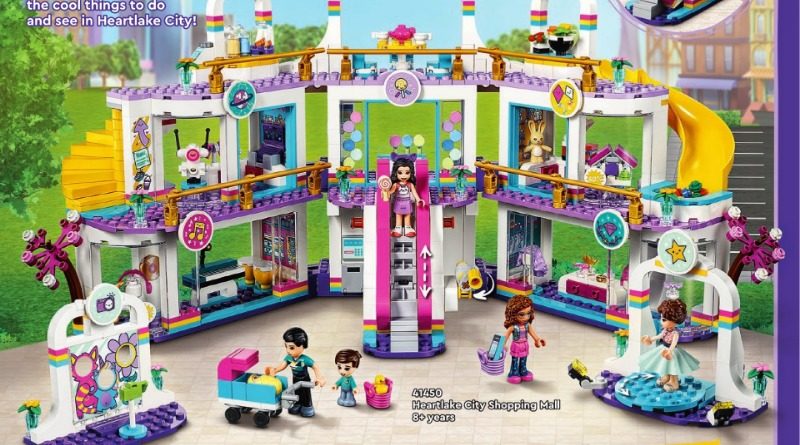 You’ve got another chance to take the LEGO Friends shopping in 2021 with 41450 Heartlake City Shopping Mall.

It’s one of four new LEGO Friends sets revealed in the New Zealand consumer catalogue, and the first of its kind since 2014’s 41058 Heartlake City Shopping Mall.

Like that earlier model, the new set consists of a central structure comprised of three sections. But 41450 has one thing its predecessor doesn’t: a working escalator. The catalogue images don’t quite give away exactly how the mechanism works, so we’re keen to see it in action next year.

We’ll have a little while to wait, though, as none of the four new sets will launch until March. In New Zealand, anyway – they may yet arrive in other territories earlier. We’ll keep you updated as we learn more.

The other three LEGO Friends sets launching in March see the mini-doll gang caring for animals and baking up tasty treats. Here’s the full list: