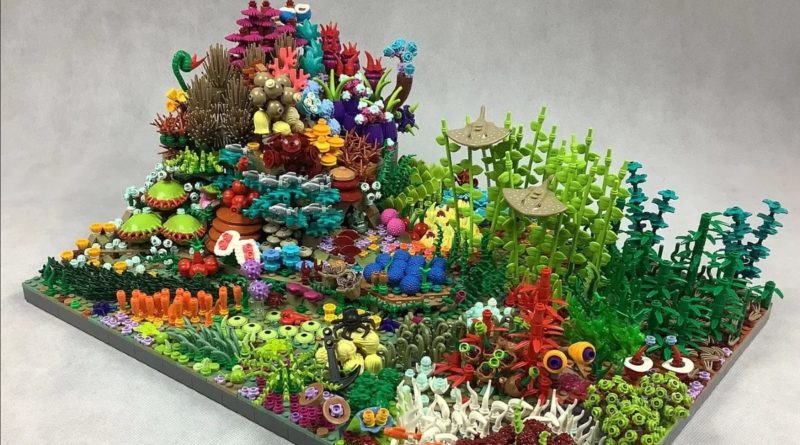 The latest LEGO Ideas project to reach 10K is a brick-built and colourful coral reef, with the oceanic model now standing a chance at a future set.

Another member of LEGO Ideas’ exclusive club of creators with models that have been or will be considered for upcoming official builds has been revealed as kris_kelvin, thanks to their Great Coral Reef submission.

Using a wide variety of unique elements, the build depicts an expansive and thriving underwater ecosystem, as a creation that is said to be dedicated as a homage to nature, rather than a monument of modern civilisation like 21042 Statue of Liberty.

The provided images reveal the extensive and creative part usage in what would likely be an interesting build experience from start to finish.

As the fourth project in the latest review round, the Great Coral Reef will be competing against other submissions for the judge’s favour, include another that depicts the oceans, but instead from above the waves.

Here’s every project in the third 2021 round of the LEGO Ideas review:

The platform’s latest review phase isn’t as large as the second 2021 version just yet, with that featuring a total of 34 projects all under consideration for future additions to the LEGO Ideas theme.