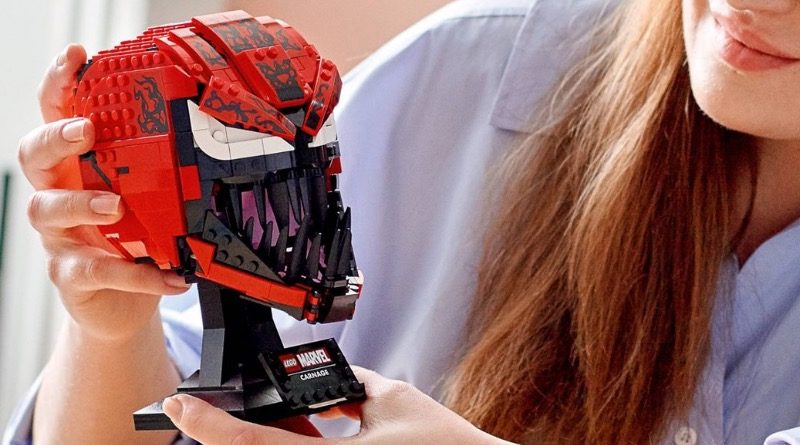 The newly revealed LEGO Marvel 76199 Carnage set might have accidentally hinted as to the next character receiving the helmet treatment.

Following an early reveal from US retailer Target, and then an official reveal on LEGO.com, 76199 Carnage now has a full set of images showing every detail of this upcoming Marvel model. But it seems there’s a mistake on some of the packaging.

The eagle-eyed amongst you might have spotted a slight difference on the box between the various gallery of pictures, as reported by The Brick Fan.

Can you see it? If you’re still struggling look towards the top of the box. While the front-facing image clearly has a ‘Carnage’ label at the top, the one showcasing the back clearly says ‘Venom’ instead – the name of another symbiotic villain from Marvel comics.

The same tagline is beneath each which states ‘Assembled from the Spider-Man universe’, and next to the Venom title the life-size brick diagram isn’t depicting a red brick as it would be for Carnage but a black one instead. This mistake on the box design may have unintentionally revealed an upcoming Venom helmet.

It wouldn’t be too surprising to see Venom join 76199 Carnage as the pair would fit well together on any shelf and both are even featuring in the upcoming movie titled Venom: Let There Be Carnage. We shall have to wait and see if the iconic Spider-Man villain will be gracing the LEGO helmet collection anytime soon.