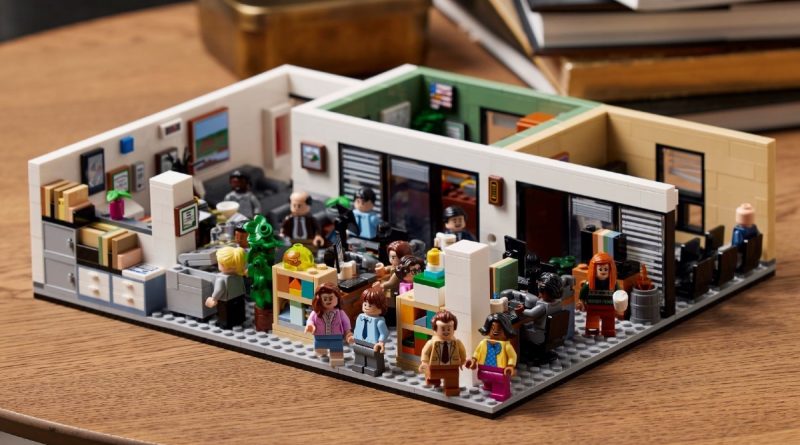 LEGO Ideas will soon expand with 21336 The Office, but before it arrives let’s explore the surprisingly expansive history of LEGO sitcom sets.

LEGO Ideas 21336 The Office may be one of the biggest Sitcom models to date, but it’s far from the first as various shows have been part of the LEGO portfolio before through everything from mugs to one of the earliest LEGO Ideas builds.

It all started in 2015 with the 10th LEGO Ideas model. 21302 The Big Bang Theory was based on the sitcom of the same name and features seven unique minifigures replicating the main cast of the show. It began the tradition of including episode-based references for longtime fans to recognise in these models in a cut-out of Leonard and Sheldon’s apartment.

This concept was expanded on in 2019 with 21319 Central Perk, which would go on to be one of multiple Friends models, and we’re not talking about the theme based in Heartlake City. One major difference between it and 21302 The Big Bang Theory was the addition of lighting equipment that made it look like the actual set where the Central Perk scenes are filmed.

Friends would go on to get a variety of accessories before its next full model including a mug GWP and a range of keyrings. Eventually, 21319 Central Perk was followed by 10292 The Friends Apartments in June 2021, revisiting two locations from the show and, of course, with more references and minifigures to collect.

However, another sitcom would join the ranks of LEGO Ideas sets in August 2021 with the launch of 21328 Seinfeld. It also kept with the tradition of having realistic lighting rigs around the model, making it a particularly meta model.

Now, 21336 The Office will be the latest LEGO sitcom set later this year on October 1 after multiple proposals on LEGO Ideas. You can find out more about the set by reading our initial report or watching one of our videos.