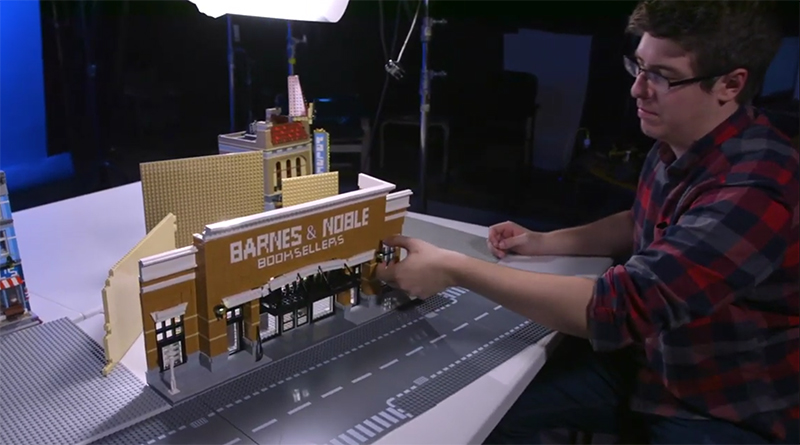 A behind-the-scenes video provides a peek at how the LEGO Group and Barnes & Noble promotional brick film for LEGO Harry potter came together.

Stop motion animator Adam Nies put together a stop motion brick film for the LEGO Harry Potter theme’s new sets, which was released yesterday. In this video, he reveals how he came up with a concept that combined the LEGO and Barnes & Noble brands.

“With the release of the new LEGO Harry Potter sets, I wanted to celebrate the partnership between Barnes & Noble and LEGO in a special way,” Adam explains. “And what could be more special than building a full minifigure scale Barnes & Noble storefront entirely out of LEGO?”

He had Darren Chapman digitally build the shop, which could then be put together using physical bricks based on the computerised version.

“We decided to focus on building just the storefront itself as the model would only be seen from one specific angle,” Adam adds, giving a taste of how models are built in a specific way for animation.