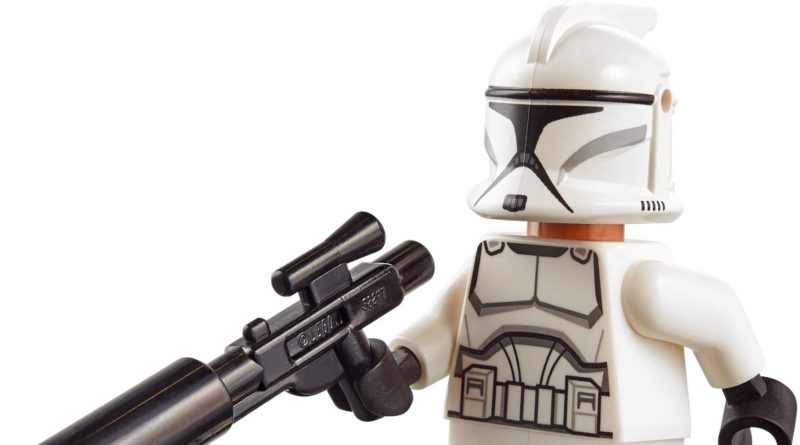 The reveal of 75342 Republic Fighter Tank has introduced another variant of clone trooper to The LEGO Star Wars theme, contributing to an already diverse selection.

The recently revealed 75342 Republic Fighter Tank includes a pair of 187th Legion clone troopers, which (within Star Wars lore) are under the command of Mace Windu. This explains the purple markings on their armour, which match Mace Windu’s distinctive purple lightsaber.

Looking back over the entire history of the Star Wars theme, there have been – by our count – 52 different varieties of Star Wars clone trooper in LEGO form (including oddities such as JEK-14, which appeared in LEGO’s own Star Wars animations). This makes the 187th Legion clone troopers the 53rd variant to appear in LEGO form. Other colourful troopers currently available include the Clone Trooper Commander (which features orange markings) and the 332nd Company Clone Trooper (which is inspired by Ahsoka Tano).

Both of these variants are departing store shelves this year, so don’t delay if you want to recruit them to your army. They can be found in 40558 Clone Trooper Command Station and 75283 Armored Assault Tank respectively.

If you’ve been collecting LEGO clone troopers over the years, the 187th Legion stormtroopers are probably a welcome addition to your collection. We’re still waiting on a price and release date, but we expect they’ll both be divulged very soon.