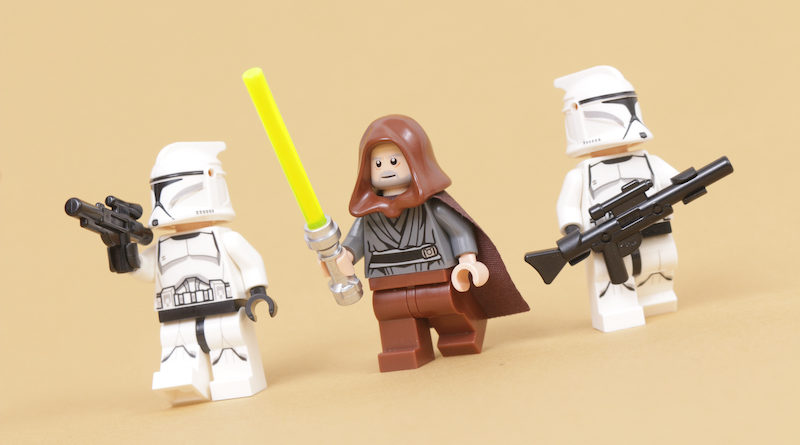 75309 Republic Gunship feels incomplete without Jedi Bob, so as the LEGO Star Wars team couldn’t include him, Brick Fanatics pieces together an updated version of this iconic, mythical character.

Jedi Bob – as he was affectionately dubbed after the fact – was first introduced in 2002’s 7163 Republic Gunship as a generic Jedi master on Geonosis, and remains to this day one of the few non-canon characters entirely dreamed up by the LEGO Group.

The jolly Jedi has since gone down in LEGO Star Wars history, and even has his own Wookieepedia page. Including an updated version in 75309 Republic Gunship could have been a perfect nod to the theme’s past – and the adults who grew up with those original Attack of the Clones sets – but the design team decided to pass up that opportunity in favour of Mace Windu and a generic Clone Trooper Commander.

Putting Jedi Bob together is very simple and requires just eight different parts, which you can find to varying degrees of success from the LEGO parts catalogue.

The most common elements are the lightsaber blade and hilt, the brown hood and minifigure legs, and the light nougat hands. The dark brown cape has only appeared in one LEGO set (75267 Mandalorian Battle Pack), as has the minifigure torso (75145 Eclipse Fighter), which was originally produced for a female Jedi/Sith character but works just as fine here.

The head belongs to an Obi-Wan Kenobi minifigure that was last in production a decade ago, and locating that, along with the 2016 torso, is probably where the challenge will be to complete Jedi Bob.

Why have one Jedi Bob when you can create many? When the original minifigure released in 2002, it was during the LEGO Star Wars era of yellow-skinned minifigures, so who is to say when updating Jedi Bob that he is Caucasian? And for that matter, couldn’t an updated Jedi Bob for 2021 be female?

Swapping out the heads and hands can create any number of alternative Jedi Bobs – below are three of our favourites, including one that makes use of Greef Karga’s new face-print from his minifigure in 75311 Imperial Armored Marauder.

Given that the particular torso we are using here is from 2016 and is pretty hard to pick up on BrickLink at the moment, a great alternative torso is that from Gandalf’s minifigure, which was far more common when released and is much easier to purchase on the secondary market too.

Popping your newly-created Jedi Bob next to a pair of updated Clone Troopers makes for a great homage to the glory days of 7163 Republic Gunship, and would also make for a great accompaniment to 75309 Republic Gunship when it launches next month. For more on the fan-voted Ultimate Collector Series set, check out our detailed review, and learn how the designers settled on Mace Windu and the Clone Trooper Commander.

You can directly support the work that Brick Fanatics does by purchasing your LEGO Star Wars sets (including the upcoming 75309 Republic Gunship) via one of our affiliate links. Thank you! 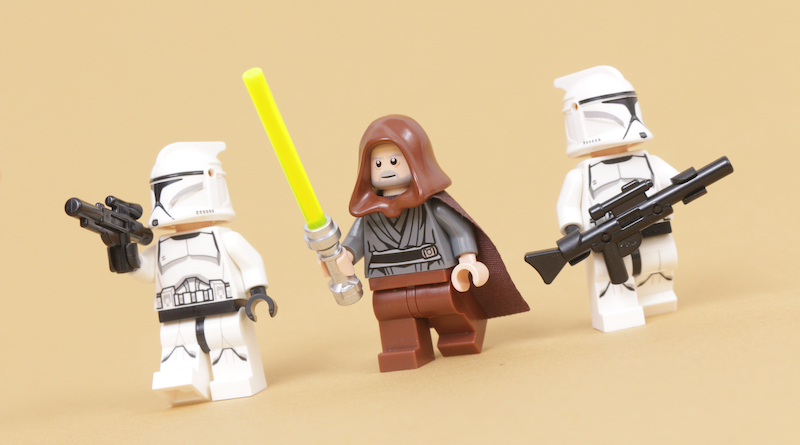