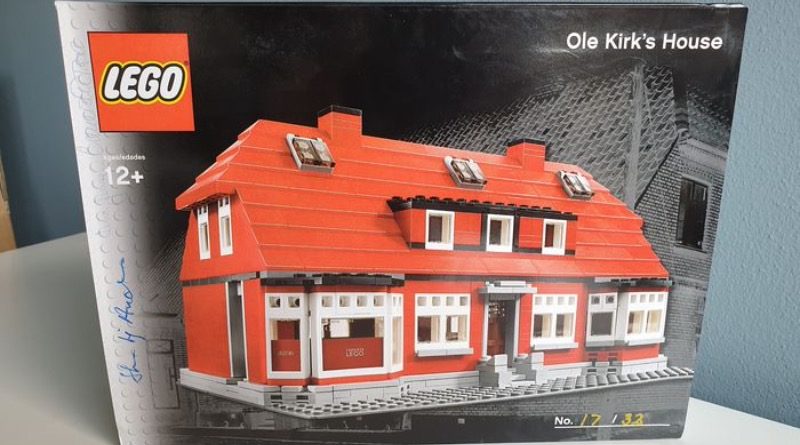 An incredibly rare LEGO Inside Tour set and a 40th anniversary LEGO Star Wars model are currently up for auction at Catawiki.

Brick Fanatics has partnered with Catawiki to highlight some of the auction website’s most notable LEGO-related listings. This week, collectors have a chance to get their hands on some of the rarest LEGO sets ever released – including one that has just 32 copies in existence.

If you’re looking for a flagship piece for your LEGO collection – the kind that will make your fellow fans green with envy – you could do much worse than checking out what Catawiki has up for grabs at the moment.

The 2012 LEGO employee gift 4000007 Ole Kirk’s House is already rare enough, fetching in excess of £400 at BrickLink in the past six months. But that really pales compared to the 2009 version of the ode to the company’s founder, Ole Kirk Christiansen, which was produced exclusively for the LEGO Inside Tour.

An extremely limited print run saw just 32 copies of LIT2009 Ole Kirk’s House roll off Billund’s production lines, with each one hand-numbered and many signed by the designer. That means they’re pretty much impossible to find on the aftermarket, making the copy up for grabs at Catawiki essentially the LEGO equivalent of the crown jewels.

You can expect to pay a pretty penny for it as a result, with the current bid standing at €1,200 (and Catawiki’s experts estimating a final sale value of €1,500 to €2,500). But you won’t find this signed and numbered set (17 out of 32, if you’re wondering) anywhere else, so this is basically your only opportunity to pick up what may well be one of the rarest LEGO sets of all time.

This recreation of cinema’s most iconic scene was originally produced for last year’s Star Wars Celebration convention, marking the 40th anniversary of The Empire Strikes Back. When the pandemic put the kibosh on that event, the LEGO Group instead distributed 75294 Bespin Duel through its official online store – but only in the US, and only in limited numbers.

Fortunately, you’ve now got another chance to grab a mint-in-sealed-box copy of the showdown between Luke Skywalker and Darth Vader – you know, the one that culminated in an intergalactic version of Jeremy Kyle – through Catawiki. It’s currently going for €46, with an estimated final sale price of €160 to €230, so get in quick if you want it.