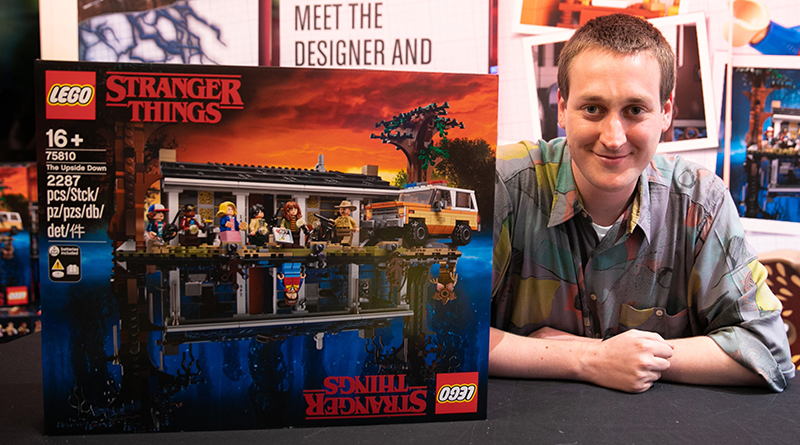 Justin Ramsden has been having to keep tight lipped for a while, with LEGO Stranger Things, much like the mysteries within the television series, being shrouded in mystery. Despite having recently designed 71043 Hogwarts Castle Castle and 70840 Welcome to Apocalypseburg!, the Senior Model Designer found time to work on 75810 The Upside Down.

Brick Fanatics managed to get Justin on a walkie talkie to ask him about his own love for Stranger Things, the challenges of designing an upside down house and whether the set had room for Season 3 references.

What was it like finding out that LEGO Stranger Things was going to happen?

It was talked about higher up the chain than my level a while back, and it landed on my table early last year. It takes around a year to get the product on the shelves, so it was a mind blowing experience, being a huge fan of the show and avidly following it. I even dressed up as the characters for Halloween, I was really enthralled by the universe.

There were rumours in the office there was going to be LEGO Stranger Things, so when it was announced an elite team was formed to think about what it could be and what it could look like. I was the lucky one to get the task of recreating the Upside Down.

What kind of ideas were getting thrown around by that elite team?

Cool things. Stuff that will never see the light of day, and some that might. That is the beauty of LEGO, it is all top secret and we release stuff as and when. 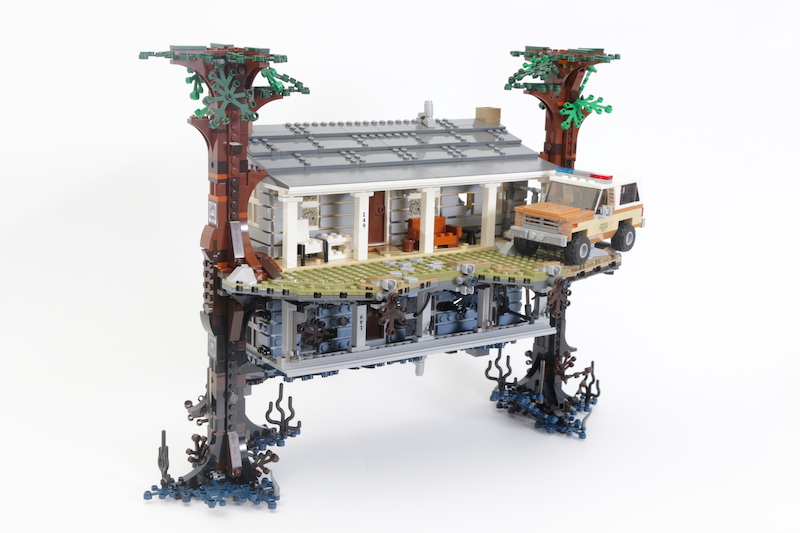 As a fan of the show, what was it like to get reference material sent over from Netflix?

We were really lucky to work closely with Netflix, so they gave us loads of behind the scenes images and plans. You had the TV show out there for everyone to watch and rewatch, so we had plenty of visual goodness showing how they would set up the house in the show, where they would leave a cup on the side when Joyce is talking, or where the cushion goes on the sofa, so really mundane stuff, but that is what I love as a fan, where you get this behind the scene look. We were not shown anything of Season 3 really – which is cool because it leaves it exciting for me, it means I get to build the set in the run-up to the new series and get really hyped for it.

Given how full the house is already, would it have even been possible to get anything from Season 3 in there?

There’s one or two nods to it but that is the beauty of the first two seasons, they are filled with Easter eggs and nods and references.

Why was the Byers house the chosen subject matter for this set?

We were like this is an ordinary Americana house, how can we have that twist? That is where the idea of making it twice came around and flipping it on its head. 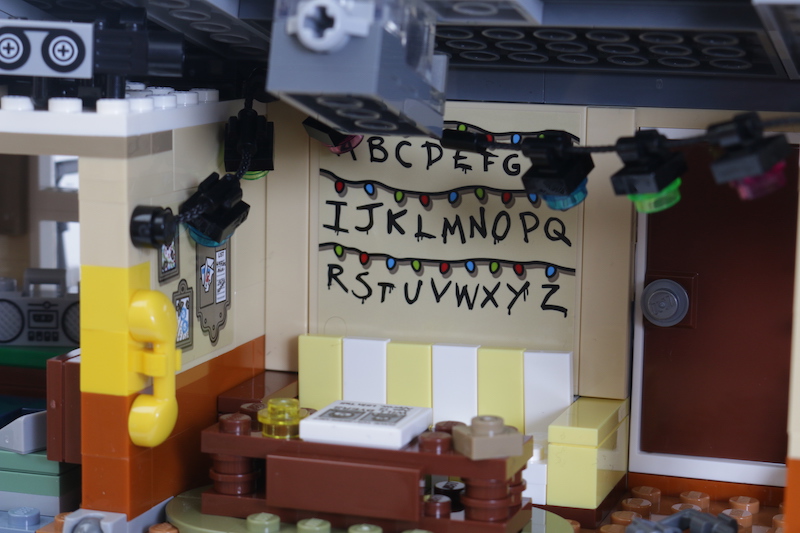 Did you immediately have an idea of how to build the two houses?

It took a bit of iterating. I was lucky enough to watch the show over and over again, and lucky enough to get paid to do that. So you watch and towards the end of Season 2, the camera pans and turns upside down and it is a very physical motion, it is the first time you can visualise what the Upside Down would be. We also want a spectacle… and of course it’s called the Upside Down, so this could be the first time we actually build upside down.

It took a few trial and error attempts of literally holding the model and trying to build upside down, that doesn’t work for anyone, so the idea came about that you could build houses simultaneously, right side up and the upside down. Much like the kids in the show you could form a team and build these sets together, and then join them together, sandwich them with ball joint connectors and then the trees, it creates this weird and also stable connection.

How did using the trees as supports come about?

That is what I really love about the job. If I told you, ’oh you are going to get paid to play LEGO’, that sounds great, but after a while, the excitement, doesn’t wear down because it’s amazing, but we need an extra challenge. So when you get told you need to create this new exciting way of building, that is what amplifies the job to the next level and keeps it fresh.

So we went through various different iterations, should it have a number of trees holding it up? Or could it be held by the chimney? So at one point the base went up into the chimney so you could rest the model on it, but it got way too cumbersome. When I was trying to show it to my Design Manager, Jamie Berard, he was like, ‘just get rid of the base’.

I was lucky enough to work in the Creator Expert team for this project, or be sat in there, so I could spar with the designers and it was Mike Psiaki who came up with the idea to maybe just have two trees. And I was like, ‘that’ll never, never work’… and yeah after hours and hours and hours we made it work and are pleased with the end result.