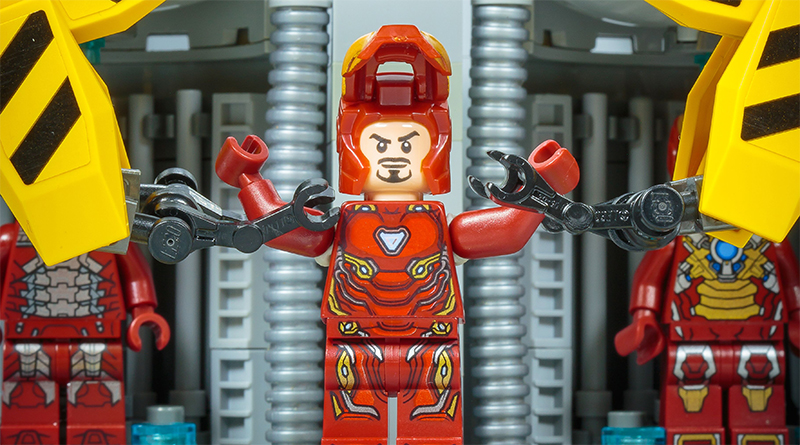 With 11 years of Marvel Cinematic Universe movies and seven years of LEGO sets, Tony Stark has quite the Iron Man costume collection

Back in 2008, when Iron Man surpassed box office expectations and introduced a relatively unknown superhero to a wider audience, few could have predicted just how long running and sprawling the Marvel Cinematic Universe (MCU) would become. From 2012, LEGO Marvel Super Heroes would allow fans to collect minifigure versions of their favourite Marvel character – and there have been plenty of Iron man variants to track down…

The very first version of Iron Man was a New York Toy Fair give-away, with no bespoke helmet element, while the most recent was released in 76125 Iron Man Hall of Armor and demonstrates just how far minifigure design has come in the last seven years.

To get a real look inside Iron Man’s LEGO wardrobe, order a copy of Brick Fanatics Magazine Issue 6, which contains a look at the most significant costumes and explains how they have evolved over the years just as the costumes have in the movies.

For deep dives into the most fascinating LEGO topics every month, set up a subscription to Brick Fanatics Magazine, which includes at least one free issue of the publication.