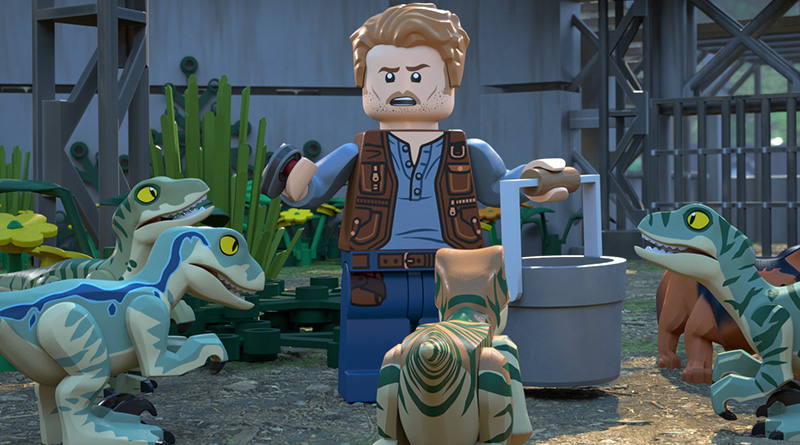 A new clip has been released for the new animated series, LEGO Jurassic World: Legend of Isla Nublar, which will air in September.

Following the airing of a special introductory animation, LEGO Jurassic World: Legend of Isla Nublar will premier on Saturday, September 14 at 11.30 am (ET/PT) in the USA on Nickelodeon. The new show takes place before the event of the Jurassic World movie.

As well as being depicted in the original animated series, the new storyline is revealed in four LEGO sets that were recently released:

Owen Grady and Claire Dearing must team up to contend with the pressures of keeping Jurassic World under control and operating, with escaped dinosaurs, construction problems and tropical weather to deal with. A saboteur is also among the characters, with Danny Nedermeyer’s resemblance to Dennis Nedry surely nothing more than a coincidence…

From August 25, fans can see a sneak peek episode, with “Mission Critical” available on the Nick App, Nick On Demand and the Nickelodeon YouTube channel.