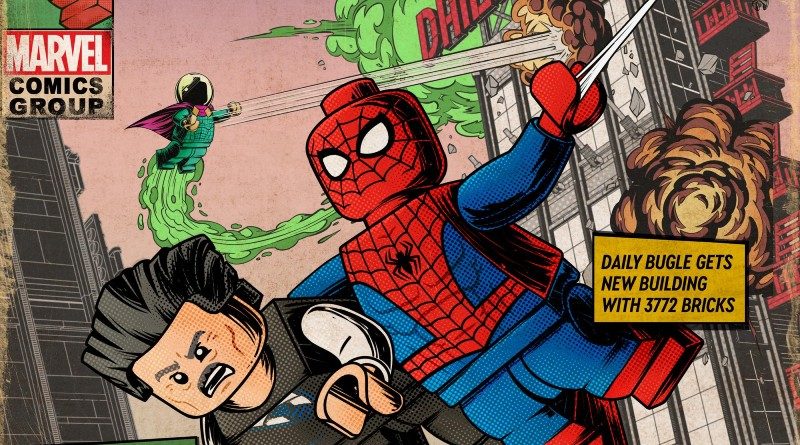 The LEGO Group may be hinting at another large Marvel model after 76178 Daily Bugle, with potential hints scattered throughout the set’s marketing material.

Be aware that the information in this article is purely speculative and nothing has been confirmed by the LEGO Group.

76178 Daily Bugle has been revealed along with a full gallery of images for the biggest Marvel set to date, a point that the LEGO group makes clear on the set’s product page on LEGO.com.

The wording on the official online store specifically states that 76178 Daily Bugle is ‘the largest LEGO set in the Marvel Universe (so far!)’, hinting that the company may have an even bigger build up its sleeves for the future.

Supporting this thought, the latest teaser image for the set fully showcased the model in a graphic styled to resemble a comic book. To the right, 76178 Daily Bugle can be seen stretching above the hand-drawn skyline in the background as various villains attack it. However, another building can be seen depicted in black bricks to the left, unlike the rest of them.

This may simply be a silhouette placed there to support the rest of the image, but with the wording on LEGO.com, it seems that there may be evidence of something more in the future. It may be wise to treat these as speculative for now as nothing has been confirmed by the LEGO Group regarding any more massive Marvel sets, but we’ll keep you updated if there are any official announcements.

In the meantime, why not read up on why 76178 Daily Bugle is a dream set for its designer or take a peek at the upcoming Infinity Saga builds.