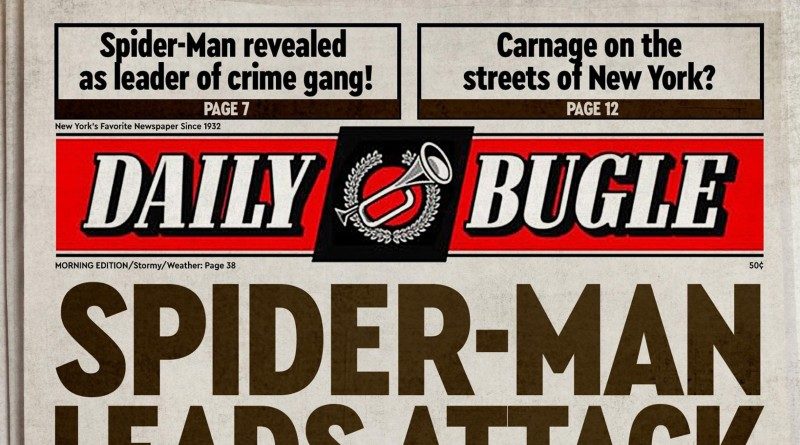 The first teaser for the rumoured LEGO Marvel 76178 Daily Bugle has been released, all but confirming that the set is on the way.

The LEGO Group have unveiled the cover for the latest issue of the Daily Bugle, with the masked menace continuing the prowl the streets of New York. The image, which was posted to Facebook, has a few stories that may be hinting at different aspects of the seemingly upcoming set.

One of these stories teases Black Cat’s inclusion in the set as a string of burglaries have been outlined by a trail of felines.

To the left of that section of the paper is what is likely our very first look at 76178 Daily Bugle, with a sign for the newspaper sat atop a building whilst Mysterio and Green Goblin attack (or defend) it. This lines up with an online retailer’s listing which stated that the two characters would make an appearance.

Towards the top of the cover, two stories flank the Daily Bugle title suggesting that Spider-Man might be leading these villains and that Carnage may also feature within the set.

We’ll let you know if the LEGO Group share any more pages from this issue of the newspaper, whether you believe the words of J. Jonah Jameson or not.