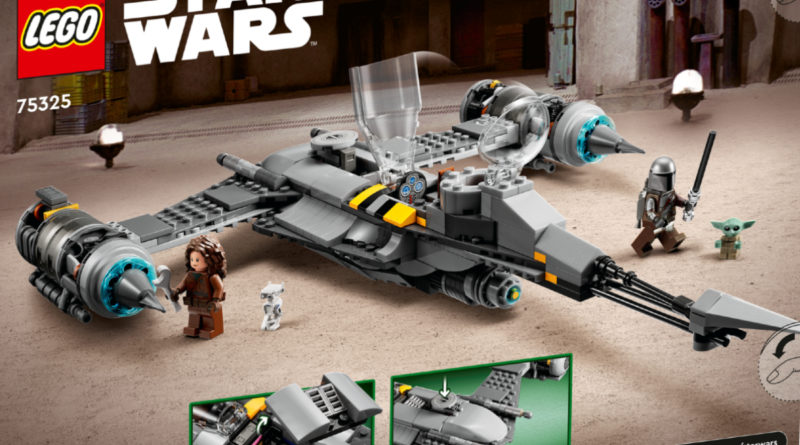 A new brick in an upcoming LEGO Star Wars set is believed to be the first sign of the rumoured LEGO Back to the Future Delorean set.

Aside from the new BD droid element in 75325 The Mandalorian’s N-1 Starfighter, another fresh piece can be found towards the back of the refurbished starfighter. Connected to the tailfin of the ship is a sloped triangular piece that helps to complete the pointed, but incomplete look of the build.

Arguably, this piece being sloped isn’t entirely necessary, though does help with the overall shape of the set. However, StoneWars, the source behind the latest report for the rumoured LEGO Back to the Future Delorean believes that this could be the first sign of the time machine.

Looking closely at the new element, it’s likely already the right colour for a brick-built DeLorean, and, depending on the scale, could be used for the frame on the windshield, the hood or perhaps as additional angular detailing without having to position another piece at the right angle.

When speculating, there are many ways that the piece in 75325 The Mandalorian’s N-1 Starfighter could be used in the rumoured 10300 DeLorean DMC-12. It might not be the only new brick in the Star Wars set that could appear in another 2022 model too, as a rumoured Star Wars: Jedi Fallen Order creation was previously reported to include the BD droid element.

Of course, these rumours are just that and should be taken with a decent amount of caution until they are officially confirmed as true or false by the LEGO Group. One thing we know for sure is that you’ll be able to pick up 75325 The Mandalorian’s N-1 Starfighter from June 1, with pre-orders open now.

One thought on “Is this new piece a sign of the rumoured LEGO Back to the Future DeLorean?”