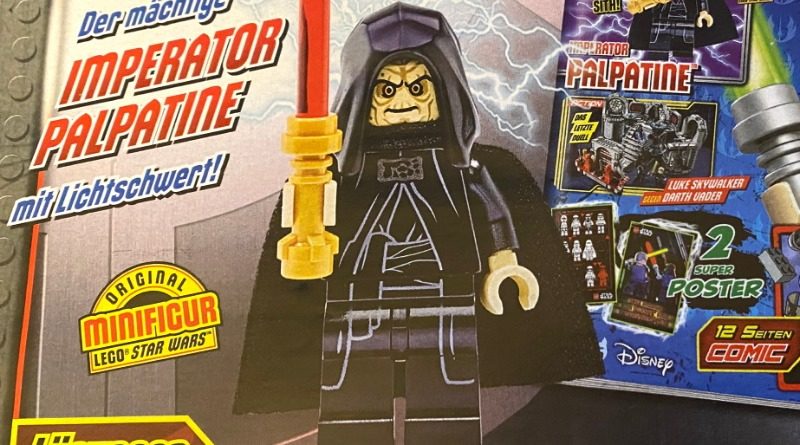 The next issue of the LEGO Star Wars magazine will include a free Emperor Palpatine minifigure from 75291 Death Star Final Duel.

We’re still waiting on Issue 68 of Immediate Media’s LEGO Star Wars magazine – and its Mandalorian minifigure – in the UK, but Promobricks has given us a glimpse at the German edition’s inside back page.

Issue 69’s preview reveals that we’ll be getting another foil-bagged minifigure in the form of Emperor Palpatine, who sports the new hood element he was given in 2020’s 75291 Death Star Final Duel.

Two free minifigures in a row is a real rarity for the LEGO Star Wars magazine, which typically spreads them out between buildable mini models. Time will tell whether this signals a new shift to a minifigure-heavy approach, but we’re very happy for the chance to pick up a relatively rare version of The Senate.

Plus, unlike 75291 Death Star Final Duel, this Palpatine minifigure comes readily equipped with his gold-hilted lightsaber from Star Wars: Revenge of the Sith, making him a multi-purpose bad guy.

UK fans will be able to secure their own copy in March, while it hits shelves in Germany on February 27. In the meantime, Issue 67 of the LEGO Star Wars magazine is on shelves right now in the UK, and comes with a free, buildable TIE Interceptor.