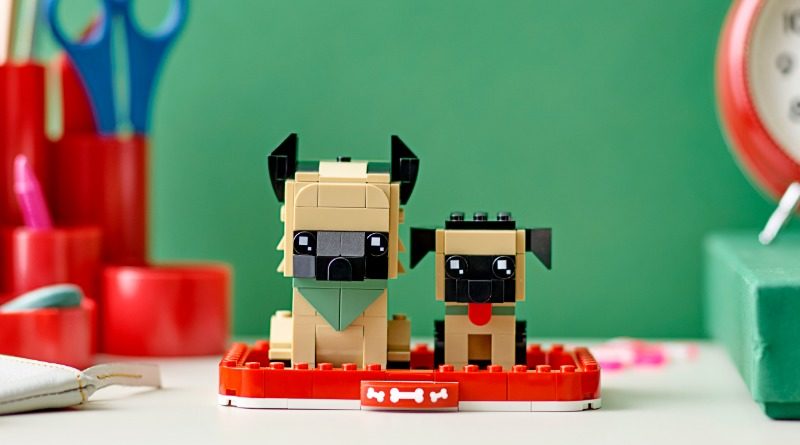 The first blurry images of the sets’ boxes appeared online earlier in December. Thankfully, we can now get a much better look at the models through official imagery. The in-situ pictures show off the adult and baby animals included in each set, with a German Shepherd and puppy in 40440 and a shorthair cat and kitten in 40441.

Both two-packs also include a brick-built display base for the adorable animals. Unfortunately, we still don’t know the specific piece counts or prices for these dynamic duos. They’re due to launch in January, though, so we don’t have long to wait to find out.

40440 German Shepherd and 40441 Shorthair Cats are also unlikely to be the only pets we see recreated in BrickHeadz form. Each set’s box includes a distinctive ‘Pets’ logo, suggesting this is a brand new subtheme of the collectable statues.

Given both of these models focus on a specific breed of cat or dog, it’s safe to expect more varieties will come along in future. But here’s hoping 2021 also brings us BrickHeadz fish, birds, reptiles, guinea pigs, and whatever else people are keeping as pets these days. The animal kingdom is your oyster…