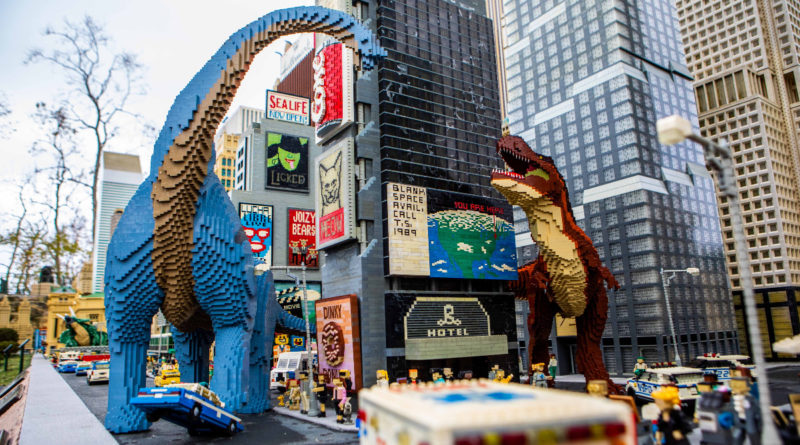 The model designers at LEGOLAND California Resort have added over 30 prehistoric creatures to the theme park’s Miniland and invited Jurassic World: Dominion actor Jeff Goldblum to visit the builds.

You’ll be able to find the dinosaurs of all shapes and sizes across the Miniland section of the resort interacting with the LEGO environments around them. A video showcasing the experience as well as images have been revealed on social media.

They will remain in the park from March 2022, though are likely to be a limited-time addition to the park to tie into the upcoming release of Jurassic World: Dominion.

It also appears that the brick-built dinosaurs have attracted another type of visitor to the resort’s Miniland as the Twitter account has shared a more realistic creature walking the miniature streets. Also being added to Miniland at LEGOLAND California later this year is the biggest LEGO stadium in the world.

A new Ferrari attraction will also open to guests of LEGOLAND California Resort later this year. For LEGO dinosaurs that you can take home, a new range of LEGO Jurassic World will release in April 2022 featuring new species for the theme.