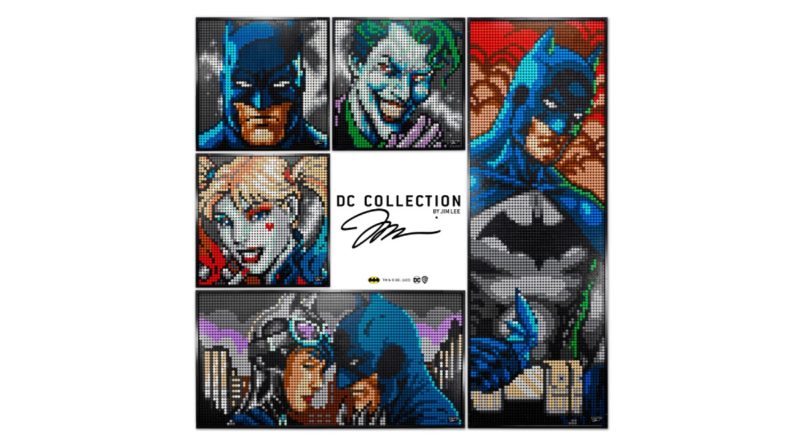 Following the earlier reveal of 31205 Jim Lee Batman Collection, the artist has showcased the original artwork in partnership with the LEGO Group.

Jim Lee has taken to Twitter now that 31205 Jim Lee Batman Collection has been officially unveiled to showcase and share his thoughts on the final models, with a first look included in the videos.

The artist has received at least one copy of 31205 Jim Lee Batman Collection ahead of the launch date of March 1, 2022, using the builds to compare to the original designs that he came up with, and completed with the help of colourist Alex Sinclair.

“It was a real challenge using a static square shape to bring these characters to life,” explained Jim Lee. “We needed the images to be large enough so that when people saw the brick images, they would see who the characters were and we wanted my style and Alex Sinclair’s style to shine through.”

The artist also shares the original artwork for the combined builds, which need multiple copies of the new set to make, and include Catwoman as a character not found in any of the other official designs for 31205 Jim Lee Batman Collection.

Support the work that Brick Fanatics does by purchasing your LEGO Art sets using our affiliate links.