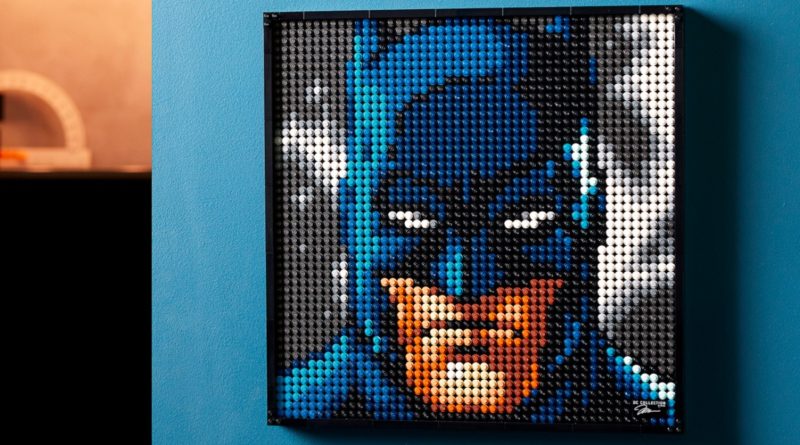 That means there’s a real medley of colours in the box, with a mix of blues for Batman (he no longer works only in black!), red, blue and tan for Harley Quinn, and green and purple for Joker (with accompanying shades across all three images). And it also comes in at a higher piece count than most of the previous 48×48 mosaics, with 4,167 elements in the box.

Those mostly comprise of 1×1 round plates, with 31205 Jim Lee Batman Collection opting for a studs-up look (compared to the smooth tiles of – for instance – 31202 Disney’s Mickey Mouse and 31203 World Map). And just like the rest of its contemporaries, combining multiple copies of this latest LEGO Art set will give you even more potential design options.

Putting together two copies will allow you to create a horizontal 96×48 image of Batman and Catwoman, while adding in a third will offer the opportunity to build a huge, vertical 48×152-stud image of the Caped Crusader. That means if you want to build every single one of the images simultaneously, you’re going to need a staggering eight copies of 31205 Jim Lee Batman Collection.

“For this project, I made new, original drawings and worked closely with the LEGO team to get this just right in the translation into the final artworks,” said Lee. “What I think is cool about these LEGO Art pieces is that you are involved too. You get to pick your favourite character, build it up yourself while listening to the soundtrack, and then you get to put it on your wall. So it’s a collab with you as well.”

Support the work that Brick Fanatics does by purcashing your LEGO using our affiliate links.