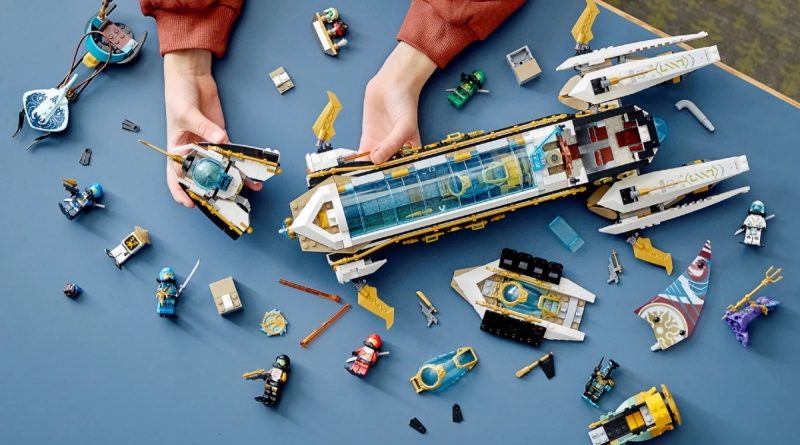 One of the biggest discounts on the largest LEGO NINJAGO Seabound set is now available at John Lewis as 71756 Hydro Bounty is 28% off.

Head over to John Lewis to grab a copy of 71756 Hydro Bounty for only £89.99 – nearly 30% off the full price of £124.99 – while stocks last. For those who are unfamiliar with NINJAGO, this model represents the underwater base that the ninja team uses during their Seabound adventures. The interior includes the bridge and a hangar bay for two featured submarine vehicles.

The outside of the model is decorated with a white hull and golden detailing, as well as a black trim and roof in the traditional style that LEGO NINJAGO builds tend to integrate.

Of course, this LEGO set is well-suited to play as well with the front of the Hydro Bounty detaching to form a mech and extending fins on the engines. The submarine vehicles for Cole and Lloyd can fit one minifigure each, but the bridge of the main craft can seat four characters.

Click through this affiliate link to buy 71756 Hydro Bounty from John Lewis for £89.99.

Right now, John Lewis has one of the biggest discounts on 71756 Hydro Bounty yet, lowering the price down to £89.99 for all 1,159 pieces. That saving of £35 also comes with free UK delivery. For those who have yet to catch up on Seabound, this model can get you some of the most important aspects of the wave in one model.