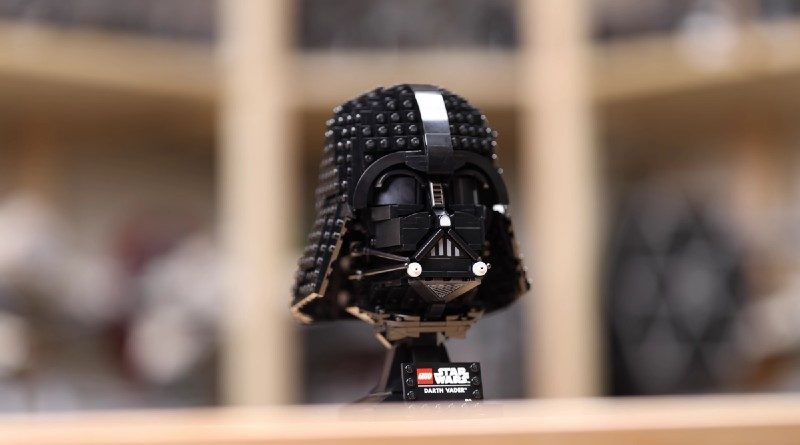 The first copies of 75304 Darth Vader Helmet have already started to find their way into the hands of some lucky builders, who are giving us the very first reviews of the menacing LEGO model.

Solid Brix Studios has received an early copy of one of the new Star Wars Helmet sets that only very recently got its official reveal. Now, his full review is giving us the closest look yet at the latest 18+ set, at least before it launches.

The LEGO YouTuber managed to get the build reviewed early thanks to the LEGO Group providing the model. He immediately starts the video by stating that it’s the best of the LEGO Star Wars Helmet Collection, but can it really live up to that title?

At 834 pieces it’s the biggest of all the LEGO Helmets yet, beating 75274 TIE Fighter Pilot Helmet’s 724 elements. That also makes it the most expensive of the selection, but that might have been expected considering the icon that the Sith Lord has become.

Solid Brix Studios comments on the price stating that he believes the price to be fair but recognises that most people might have liked a minifigure to go alongside it. He also mentions the previously released 75227 Darth Vader Bust, saying how he prefers this newer version over the convention-exclusive model.