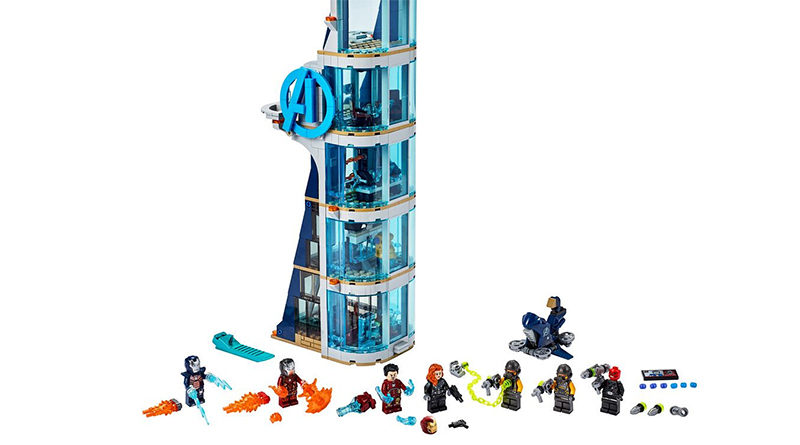 It’s the final opportunity for fans to order LEGO Marvel 76166 Avengers Tower Battle and get double VIP points – as well as a mini version of the iconic location.

This month has seen LEGO.com offering double points on LEGO Marvel 76166 Avengers Tower Battle, which builds a version of the recognisable glass tower inspired by the Avengers video game. It also packs in six minifigures.

Double VIP points are available at LEGO.com for the rest of the day, then the promotion ends. In addition though, any order for the set will qualify for a free 40334 Avengers Tower model that includes an exclusive Iron Man minifigure.

Superheroes Iron Man and Black Widow take on the evil Red Skull and his A.I.M. Agents in an epic battle spread over the spectacular, 5-floor Marvel Avengers Tower. The structure opens for easy access to 7 awesome rooms where kids can enjoy endless imaginative adventures: blow out the energy core, blast open the jail, collapse the balcony, launch a rocket attack… the iconic New York skyscraper is packed with role-play possibilities with classic Marvel characters.