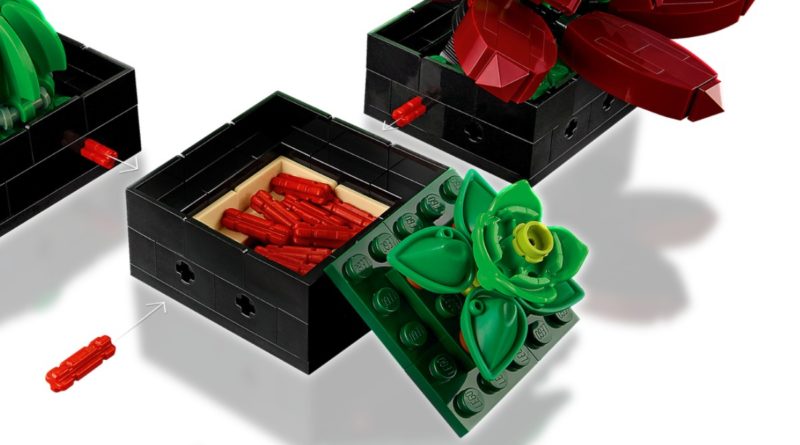 One of the new LEGO Botanical Collection sets brings back a Castle piece in a classic colour, following rumours of a return to the theme.

Later in 2022, a LEGO set celebrating the 90th anniversary will release following a fan vote on LEGO Ideas. The official results of that vote have not yet been revealed, but rumours suggest that a huge model could be the return of LEGO Castle. One of the subthemes in Castle was the Forestmen, known for their distinct cap elements.

That brick is back in the familiar green as part of 10309 Succulents, and you can see how four of the piece are integrated into the model in our in-depth review.

The Forestmen’s hat last appeared in the classic green colour in 70358 Aaron’s Stone Destroyer in 2017, though it was available in a darker green in 70919 The Justice League Anniversary Party in 2018. It was most recently included in 71032 Series 22 but in blue.

The fact that the LEGO Group are introducing this piece in the classic green again might be evidence that a return to LEGO Castle or the Forestmen is planned for the future. However, this rumour has not yet been confirmed officially and should be taken with caution just in case. Either way, you can use 10309 Succulents to equip your Forestmen minifigure collection from May 1.