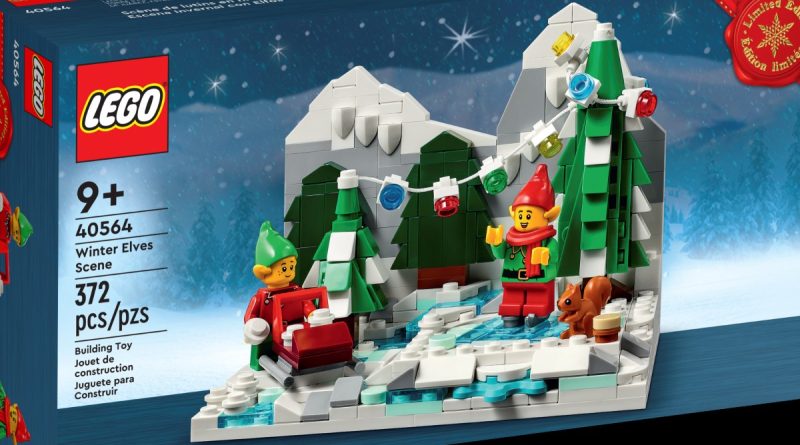 A new seasonal LEGO GWP has been revealed with official images and details for 40564 Winter Elves Scene now on the online store.

It appears to have similar dimensions and uses perspective like 40484 Santa’s Front Yard but with the addition of a feature. The spinning frozen pond is similar to the function seen in 40416 Ice Skating Rink but with the entire pond rotating rather than just the minifigures.

There are no official details on how you’ll be able to add this GWP to your basket though, given the seasonal nature, it may be offered around Black Friday, the LEGO VIP Weekend and Cyber Monday later this month, or possibly later in the holiday season.